89 people were killed at the band's concert there last month 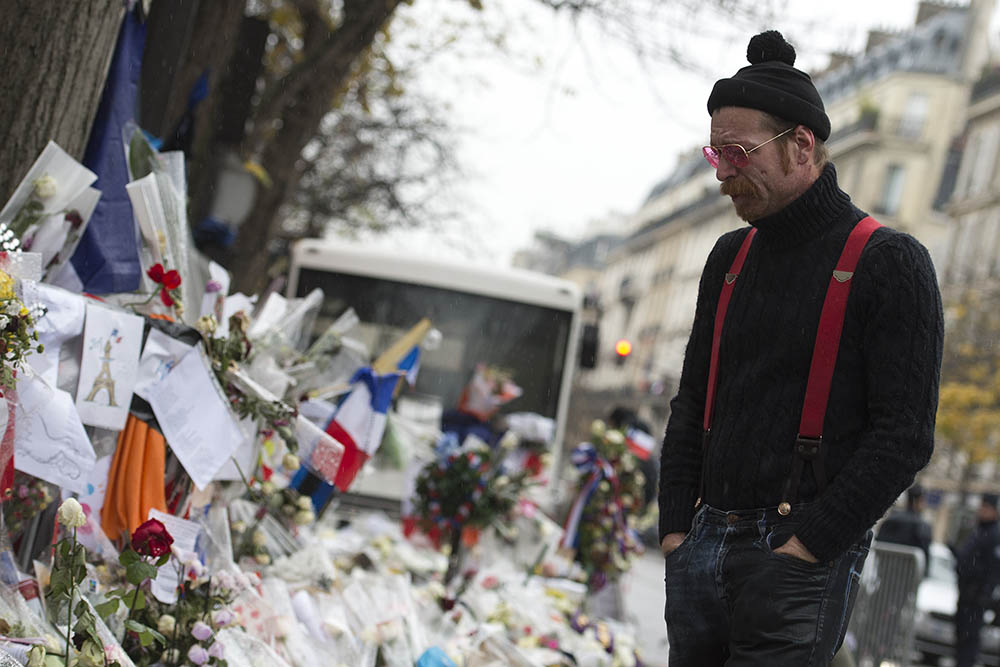 Update: The Agence France-Presse has shared an emotional video of the band visiting the memorial outside of the Bataclan. Watch it below.

Eagles of Death Metal made an emotional return to Paris last night when they performed with U2 at the AccorHotels Arena during Bono and company’s show, but on Tuesday morning, the California rock band also returned to the Bataclan — the venue they were performing at when gunmen killed 89 people and wounded many more during the November 13 terror attacks.

The Agence France-Presse reports that members of the band, including Jesse Hughes, Dave Catching, and Julian Dorio, went to the memorial outside the venue to pray. According to the report, translated from French, the band “bowed before the entrance to the Bataclan” and lingered before the many messages and tributes that had been left for the victims.