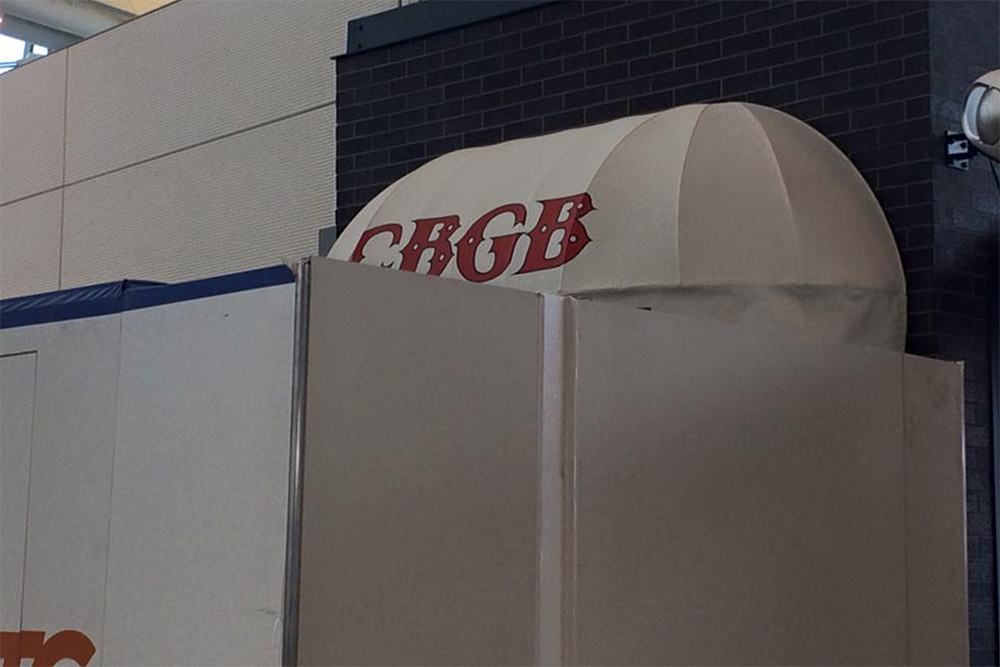 Update: The first looks at the new CBGB restaurant in the Newark Airport have been revealed on Twitter, Gothamist is reporting. Find photographs of the eatery, complete with iPad ordering systems, here.

CBGB restaurant at Newark Airport. I don’t know whether to laugh or cry. pic.twitter.com/JKkCIr32WD

And, lest you hope it stops there, it doesn’t: The same masterminds behind the CBGB restaurant are introducing venue-themed onesies and umbrellas.

Coming soon from the company that brought you CBGB in Newark Airport, CBGB onesies and umbrellas: pic.twitter.com/BaAJf1VxHz

The iconic music club CBGB in New York City’s East Village closed its doors for the last time in 2006 to the tunes of a farewell concert with Patti Smith. Now it appears as though it may be reopening… as a restaurant… in New Jersey… at an airport. According to Gothamist, the club will rise anew in Newark Airport, and a concert space once known for the pet rat its chef kept will now sell fairly expensive “American fare in a fun environment recalling the legendary music venue.” The owner of the CBGB brand declined to comment to Gothamist, but word is the restaurant may open next year. None of this is very punk.