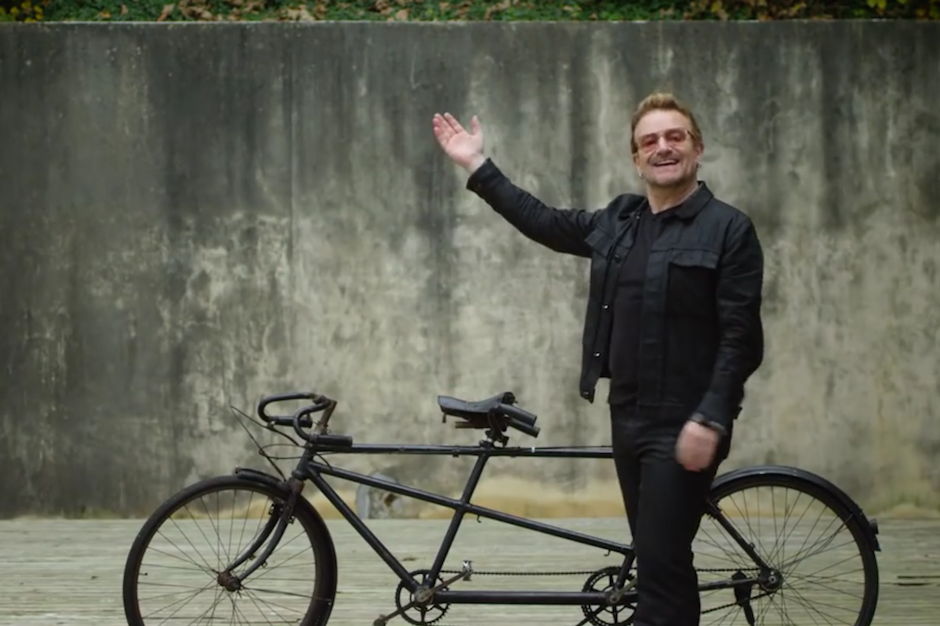 To pay tribute to World AIDS Day and to celebrate his long-running charities ONE and (RED), Bono hosted a charity concert Tuesday night at New York City’s Carnegie Hall with performance help from Miley Cyrus, Jessie J, and Hozier. Vice President Joe Biden, Stephen Colbert, and Trevor Noah also made appearances throughout the night, but one of the more heartwarming moments came when Cyrus was singing U2’s “One” with Bono and the Edge. As Stereogum points out, she appears to have forgotten a few of the lyrics, at which point Bono stepped in to save the day and take over. It’s all a team effort at shows like these.

Bono also launched a charity raffle on Tuesday night, which features a chance at a few pretty solid prizes in exchange for a $10 donation to (RED). There’s a trip to the Game of Thrones set or a guest spot on Rick and Morty. Or you can when a Central Park bike ride and ice cream date with Bono himself.

“Why a bike ride?” Bono asks mischievously in a video. “I can’t think of a reason why not.”

Watch that video, along with footage from Tuesday’s concert, right here.