Listen to the second track off their upcoming album, 'HYMNS' 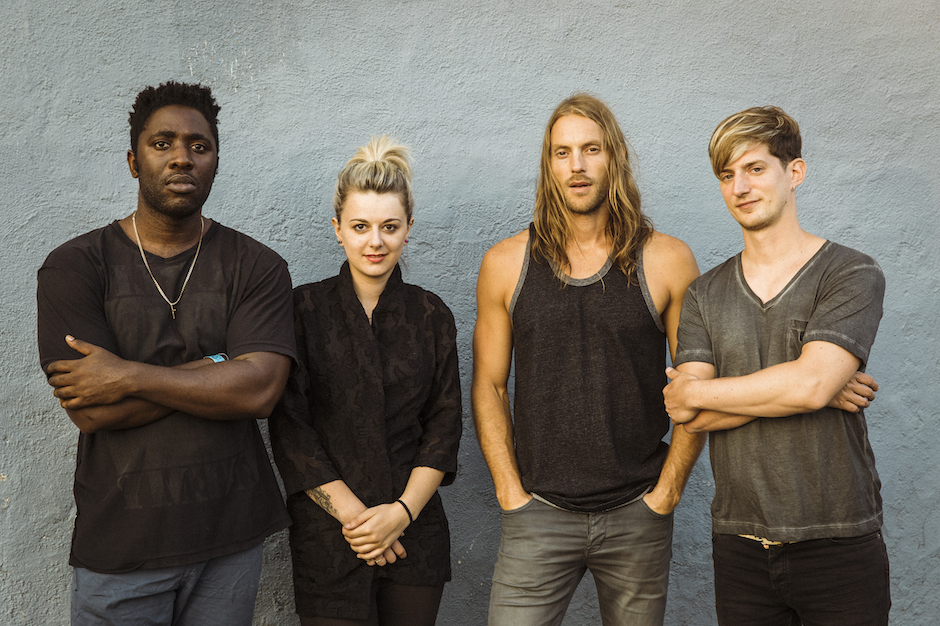 After going on hiatus back in 2013, indie rock vets Bloc Party will return with a new LP, HYMNS, early in 2016.

After releasing their first single off the album, “The Love Within,” a fast-paced, yet slippery electro-pop track, they slowly curve in a drastically different direction on “The Good News.” Layering blues-infused guitar licks over a dark, muddied bass line, frontman Kele Okereke, sings with a smoothness tinged with the grit of Bloc Party records past. Seamlessly combining elements of the American West with sunny-eyed indie-pop, the track is a bitter depiction of reluctant optimism, beseeching the listener to focus on “The Good News.” Listen here.

HYMNS is out January 29 via Infectious Music/BMG/Vagrant.