Earlier this year, when the time came to write their sophomore album, Bleached sisters Jen and Jessie Clavin, along with bassist Micayla Grace, cut themselves off from city life; Los Angeles was too full of distractions. “I wanted to be somewhere where I knew that I wasn’t going to run into anybody,” Jen says over the phone in August. “I think that’s part of why I love [the desert]. You’re just so isolated – you feel like you can open up your mind as much as possible.”

The band’s desert sessions — which were split between a Joshua Tree outpost and another barren locale called the Roundhouse in Desert Hot Springs — were ultimately what led the trio to write 30 tracks for the follow-up to their surf-punk debut, 2013’s Ride Your Heart. They’d decamp for four or five days at at time, sometimes, when at the Roundhouse, forgoing everyday creature comforts like Wi-Fi. “I would just leave my phone in my car,” says Jen. “It felt better not to have my phone.” In their solitude, the Clavins and Grace wound up toughening their windswept aesthetic, which has typically leaned on sunny guitar lines and blown-out harmonies, to better emulate the stylings of their forebears in the Breeders and the Runaways. Later, producers Joe Chiccarelli and Carlos De la Garza helped the band whittle their 30 tracks down to ten at Sunset Sound studio in Hollywood and Music Friends in Eagle Rock. “I wouldn’t say this record is as surfy as the stuff we’ve done in the past,” explains Jen. “I feel like it’s more in that direction of punk meets rock’n’roll… Jess and I come from punk roots, and you want to find a producer that brings out the best in what you do. Joe and Carlos are perfect for that because they totally get where we come from.” 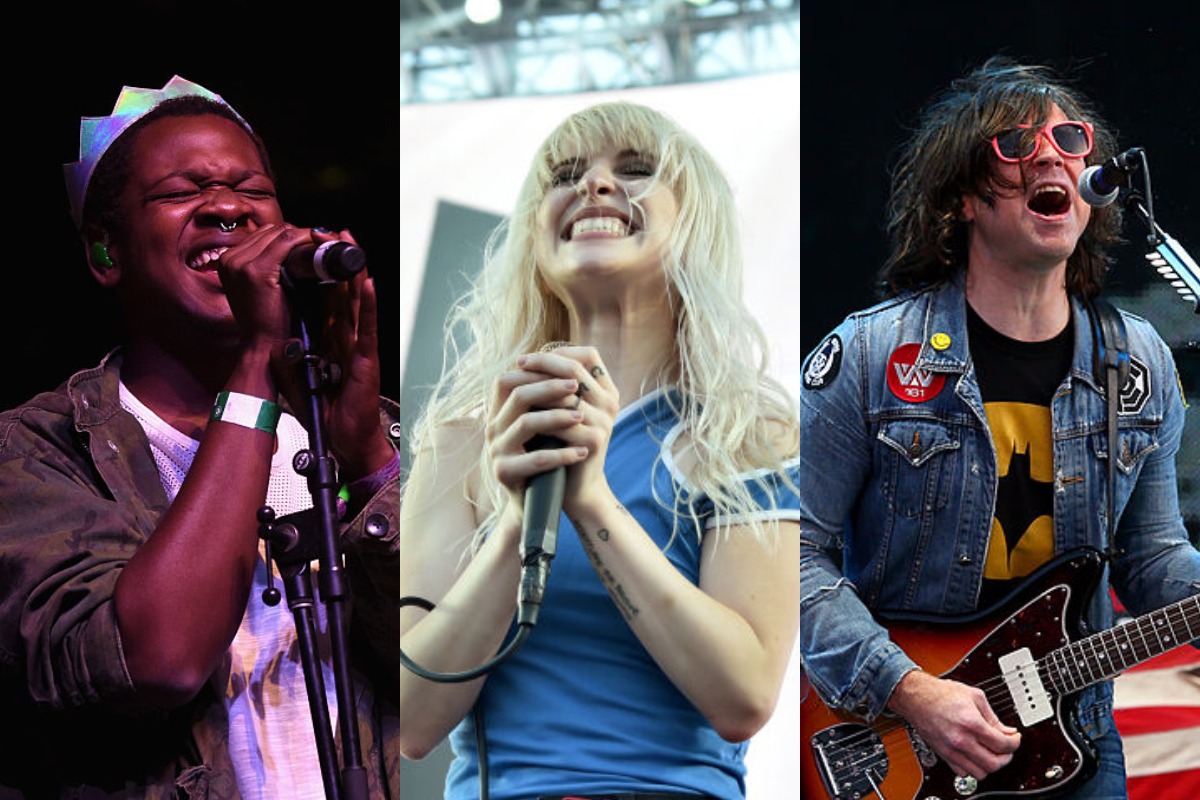 Though they’ve only released one album as Bleached, the Clavins — who only became an official three-piece in the last year by making longtime touring member Grace a full-timer — have an extensive history playing together in the now-defunct post-punk five-piece Mika Miko, which formed in 2003 and later split in 2010. The sisters came of age idolizing top-shelf garage-punk visionaries like the Misfits, Ramones, and the Gun Club, but have only recently grown comfortable enough to really tear into their frets. “With our first record, it was like I was intimidated and didn’t know if I could put my best self out there,” Jen says. “Whereas with this record, I don’t feel that way at all. Like, ‘Yeah. F**k yeah. Let’s do this.’ I feel super-confident.” Their newfound self-assurance has also wrought the courage to challenge what society “expects” young women to do in their late 20s and early 30s — a conversation Bleached plan to have on their new album, which they expect will drop in March. “You know when you’re a kid and you think about yourself being in your early 20s, you’re just like, ‘I’m gonna be grown up and married and have kids by then?'” asks Jen. “It’s like, ‘Actually, no.'”

And just as they eschew perceived gender norms, Bleached are equally okay with staying disconnected from the World At Large for a little bit, a plan that’s so far been instrumental in getting their record out the door. “You have to put yourself in a situation where you can’t drive wherever you want,” says Jen. “In L.A., I have so many friends, so I’m like, ‘Coming out!’ But when I’m out in the desert I’m like, ‘Sorry. Can’t. Gone for a week.'”