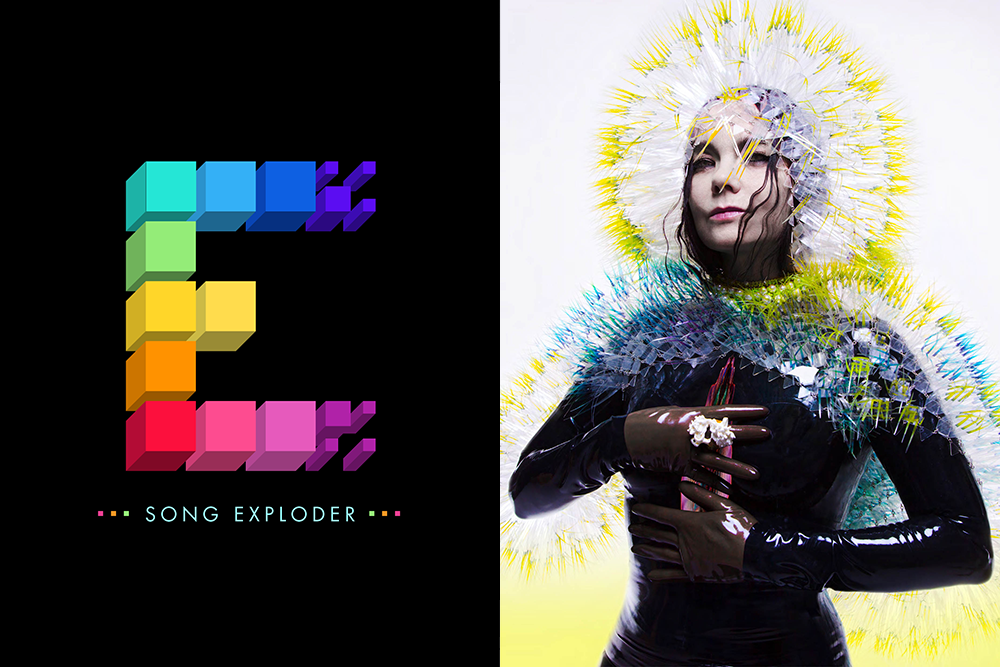 When SPIN spoke to Hrishikesh Hirway, the creator and host of the music podcast Song Exploder, he said that Björk was at the top of his “wishlist” of guests. Next Thursday, the iconic avant-garde artist will appear on the podcast’s second season finale to discuss the writing and recording of the song “Stonemilker,” off of her most recent (and Grammy-nominated) album, Vulnicura. According to Hirway, the Icelandic artist will talk about the making of both the original version and the new all-strings version of the song.

Previous episodes of Song Exploder have featured Death Cab for Cutie, Garbage, and U2. Jeff Tweedy from Wilco was the guest on the most-recent episode of the podcast, and talked about the creation of their track “Magnetized,” off of the band’s latest (and also Grammy-nominated) record, Star Wars. Hirway told SPIN that an episode scheduled to air early next year will feature Best New Artist nominee Courtney Barnett.

The episode featuring Björk, the show’s 60th, will be available for download on December 17. Subscribe to Radiotopia’s Song Exploder, which is now ending its second year, here, and check out a preview of the episode below.

I did not dream this. This happened. Closing out 2015 on Song Exploder next week, with @bjork.