The A$AP Mob founded died in January of this year 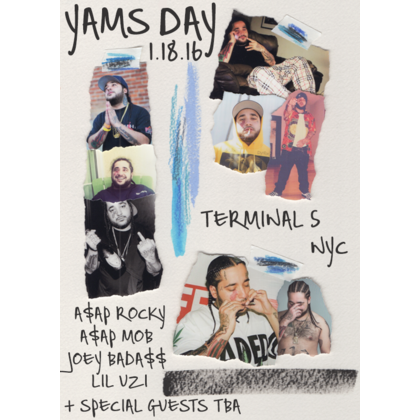 A$AP Yams, the 26-year-old founder of the A$AP Mob hip-hop collective, died on January 18 of this year. To mark the one-year anniversary of his death, A$AP Rocky, Joey Bada$$, Lil Uzi, and other members of the Mob are throwing a concert at New York City’s Terminal 5 to honor his life and music. Tickets for Yams Day will go on sale on Friday, December 18, and according to the listing, there will be plenty of special guests to look forward to. Doors open at 7 p.m.