Wonder what she thinks about Force Ghost Hayden Christensen in 'Return of the Jedi?' 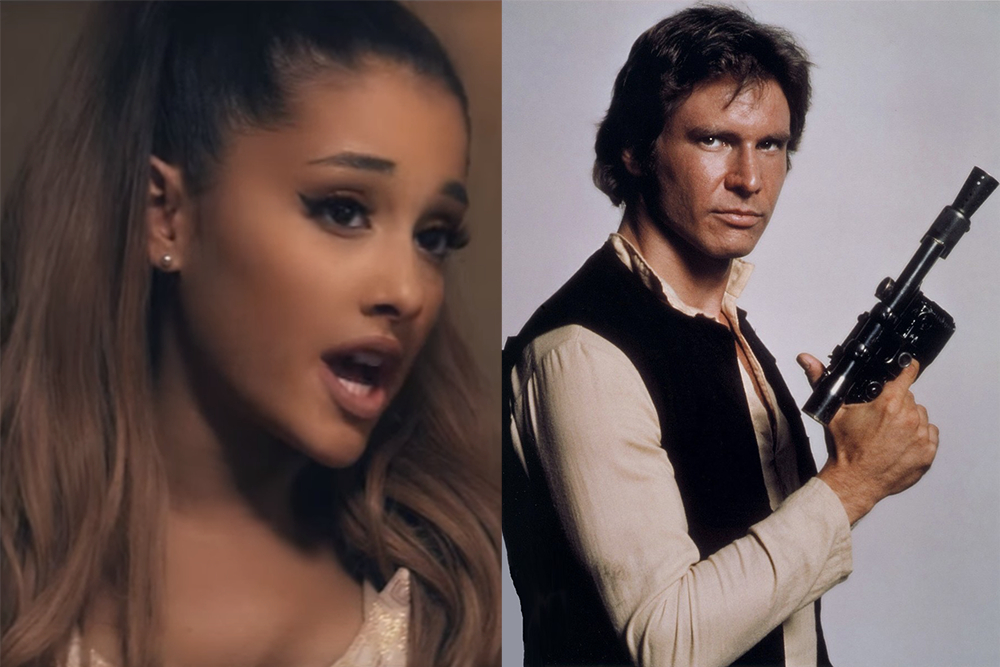 Ariana Grande, it would seem, is a Star Wars purist. In a new short that the “Focus” singer shared on Twitter, she plays the role of everyone’s favorite smuggler/scruffy-looking nerf herder and corrects two aliens who are arguing about whether Han Solo shot the bounty hunter Greedo first or second when the two faced off at the Mos Eisley Cantina in Episode IV: A New Hope.

Greedo, Grande explains, didn’t shoot at all. See, in the original 1997 version Han Solo simply shot the Greedo under the table while the Rodian talked on and on threatening him. But, in 1997, director George Lucas released the Special Editions, and one of the changes (along with updated effects) he made to the film was altering it so that Greedo fires at Han first, misses by a mile, and then Han fires a fatal shot only in retaliation. Lucas said he did this because he didn’t want to make a lovable hero an unrepentant murderer on first introduction, but, come on, let’s be real, dude just wanted to sell more toys. I mean, part of Han’s whole character arc is seeing him transform from this loner rascal who thrives in a criminal underworld and is willing to do dirty things, into a respected member of the rebellion, with responsibilities and morals. We need to see where Han starts in order to see what he becomes. This change undermines Han completely. George Lucas is a hack! The Special Editions of Star Wars are a travesty! A travesty, I tell you!

Anyway, watch Ariana Grande’s really funny short below. And oh, word on the street is that there’s a new Star Wars movie opening in theaters this Friday.