The tireless Ty Segall‘s spent most of 2015 touring hard and playing in other bands, but today he’s officially announced his next studio record. As speculated by a few publications who received copies of an album dubbed onto VHS tapes earlier this week, the new full-length is called Emotional Mugger. It’s 11 tracks long and will be out January 22 on Drag City, according to a press release. There’s little more info available at this point, considering that the rest of the press release takes the form of absurdist poetry. Check that below along with the album’s track list and a slate of upcoming tour dates. 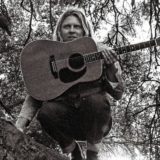 Get in the booth –

punch in the number

when they pick up

shout at the double

from the damned from

(what are they thinking)

slowly draining away all mental life.

shaking ass / nihility at most corrodes