Steve Angello used to be, in his words, a “s**thead.” Growing up in a suburb of Stockholm, Sweden — an immigrant-heavy neighborhoods that periodically erupts in rioting, not unlike the “banlieues blues” of Paris — the former member of EDM’s titanic, now-defunct trifecta Swedish House Mafia was a pretty atypical teenager. A music obsessive from a young age, he spent money he made DJing at local clubs after school on vinyl records, eventual amassing a grand total of 15,000. Then, when he was 13 years old, his father died. Feeling the pressure of an already unstable neighborhood along with the rage, sadness, and confusion that accompanies a parent passing, he started “doing things I wasn’t supposed to do,” he tells SPIN over the phone from his Los Angeles home. “You know, burning cars, blowing up s**t, and crashing into things. You would do anything your friends were doing, and at the time if you were lost, you just became a little lawless kid. We were rebelling against the whole system.”

Angello, 33, is thousands of miles and several decades away from throwing Molotov cocktails through windshields, but those formative memories fizzle and surge like pyrotechnics throughout his beat-busting debut album, Wild Youth. “Tiger,” the only instrumental on the LP — which Angello split into two parts, the first six songs released November 20 and the remaining seven set to arrive on January 22, along with a documentary about the producer’s life — abruptly segues from an Edenic soundscape of bird calls and jungle noises to sonic scenes from La Haine, the 1995 French film about disillusioned youth. The ensuing hurricane of clipped falsetto hiccups, swooping strings, and siren synths with the pixelated texture of Daft Punk’s Human After All serves as an exemplary glimpse of Wild Youth, which Angello split into two halves to represent the biggest fissures and through-lines in his life: His early, abrupt transition from not-so-naive child to adulthood, and the discrepancy between Sweden’s reputation as one of the happiest countries in the world — and one rocked by the same social unrest as the rest of Europe.

“[Wild Youth] is a continuous story of how I grew up,” Angello explains. “If you listen to the lyrics and the songs on the album, you can dive into my world a little bit. The riots that we were part of as kids and how we were like, ‘F**k the system,’ but at the same time we grew up in a really nice system. I feel like, in general, the youth doesn’t have a very loud voice, and growing up in a system like that, where the youth was nothing, I think I wanted to raise a voice.” 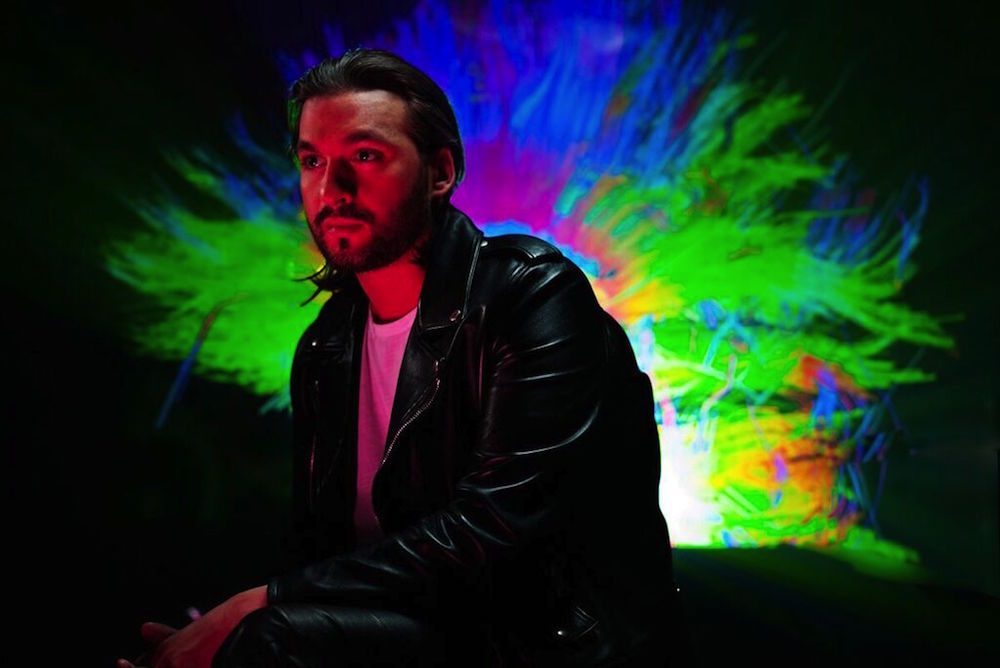 Piano-hammering gallop “Children of the Wild” actually raises many voices to that end; and to Angello’s hopes and dreams for his own daughters, who have “been on Earth as long as this album process has been going,” he points out. A children’s choir rings clear as a newly forged bell from behind the ragged, world-weary marching chants — about forging ahead in the darkness — of the track’s credited singer, progressive-house duo Mako. Besides working with a choir, Angello also enlisted a string orchestra for the album. Whether barely audible on “Wasted Love,” featuring the richly marbled croons and iridescent guitars of the Temper Trap‘s Dougy Mandagi, or laying the surprisingly cinematic groundwork for the thwacking helicopter-blade beat on “The Ocean,” such classical sounds soften the album’s more bombastic moments.

“It was hard in the beginning because I had never done it,” Angello admits. “It was kind of cool to see how these people work with [my] concept and melody structure. They score films, video games, all these things; for them it’s as awkward as it is for me in the beginning. It’s just magic when you’re sitting with someone, and you have no idea what they’re doing, and then it works all of a sudden.”

He should know a thing or two about the politics, and chemistry, of working with other people. After raking in a reported $39 million in two years on the entrancing excess of totemic bangers like “Don’t You Worry Child” and the Grammy-winning “Save the World,” in 2013 he parted ways with Sebastian Ingrosso and Sven Axel Christofer Hedfors, a.k.a. Axwell, his partners in Swedish House Mafia. (Signed to Def Jam, the two currently record and release as Axwell /\ Ingrosso.) Their career-encapsulating 2014 documentary, Leave the World Behind, fades in with the opening line of Abraham Lincoln’s iconic speech “A House Divided”; indeed, the mounting urgency Angello felt to complete his lifelong dream of making a “real, artist album” proved irreconcilable with the ceiling-shivering drops their increasingly massive audience wanted.

“I started working on this when we were six months out, when we were still on the last tour,” he says. “In the beginning, it was tough. While Swedish House Mafia was going on, people were expecting me to write those kinds of songs, which I could — but they didn’t speak to me [the way this does]. I don’t consider this to be an EDM album. Most of the tracks have a 4/4 kick, but it’s not a formula.”

He cites the far-flung library of artists he started digesting at an early age — the inadvertent byproduct of growing up in a vinyl-hungry family with a matriarch, his grandmother, that also ran a nearby nightclub — as the benchmark for Wild Youth‘s thematic arc. “Moby, the Chemical Brothers, Aphex Twin, the Prodigy, and Fatboy Slim all had a purpose with every album,” says Angello. “Every album was a concept album. I just wanted to do what early dance artists were doing and release an album about something I believe in strongly.” On the other end of the beat-based spectrum, East Coast hip-hop staples like Illmatic and early Mos Def inspired his debut’s commentary on “society or class, to be rebellious against the system… it was cool to grow up and have these fantasies about what life would be like in New York in the early ’90s.”

With a whole other half of Wild Youth and the film accompaniment to his life (which, though timed with the album’s second part, features a separate Angello-penned score) still a few months out from release, Angello doesn’t want to reveal too much too soon. He does admit that digging in his basement for old home videos on mini-cassettes, along with the own mental and emotional unpacking of his adolescence in order to set it to song, had its own trials and tribulations.

“I went on a real psychological journey,” he says. “It was like going to the shrink every day, but you’re the shrink. Talking in the mirror and reflecting on your life, I just sit there and am like, ‘What the f**k am I doing?’ I have moments every day when I want to flush the album and start over.”