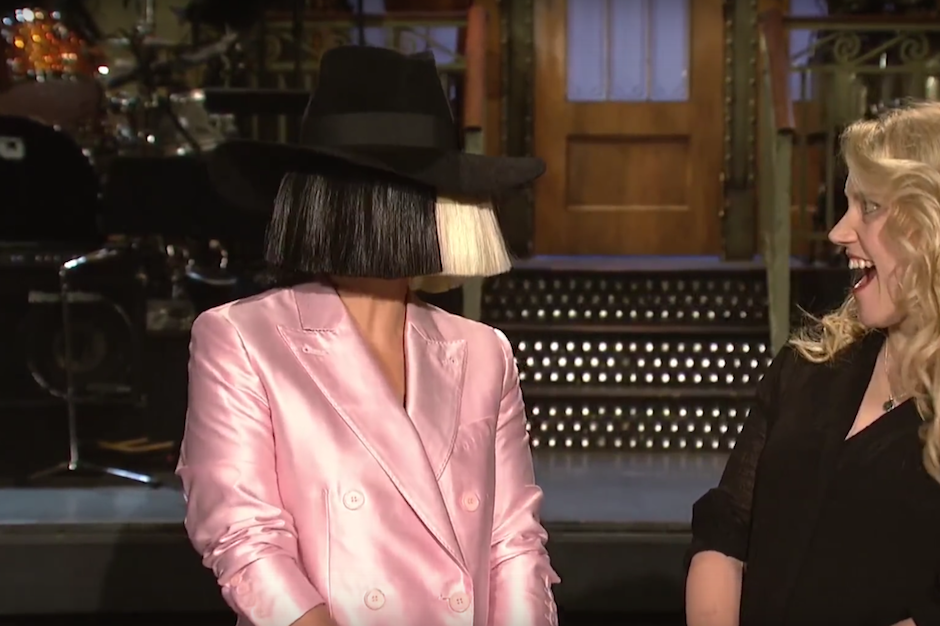 Sia returned to Saturday Night Live last night, in what technically marks her third appearance on the show this year — counting her SNL 40 performance with Kanye West. An episode hosted by Donald Trump and featuring one of pop music’s most idiosyncratic performers was primed for hijinks, and Sia’s set, at the very least delivered on that promise. She performed “Alive” and “Bird Set Free,” both from her upcoming album This Is Acting, and each featured some serious modern dancing and a giant bow backing her emotive songs.

Elsewhere on the show, SNL parodied the dad-esque dancing of the “Hotline Bling” video with some help from host Donald Trump — who plays an accountant blessed with the natural ability to nail Drake’s moves. Cecily Strong, Vanessa Bayer, Sasheer Zamata, Leslie Jones, Aidy Bryant, and Kate McKinnon also took part in a parody of their own, riffing on M.I.A.’s “Bad Girls” video. Check out all of the night’s musical moments below.