"I knew this was the type of beat that they could just eat for breakfast," Andrew Wyatt said 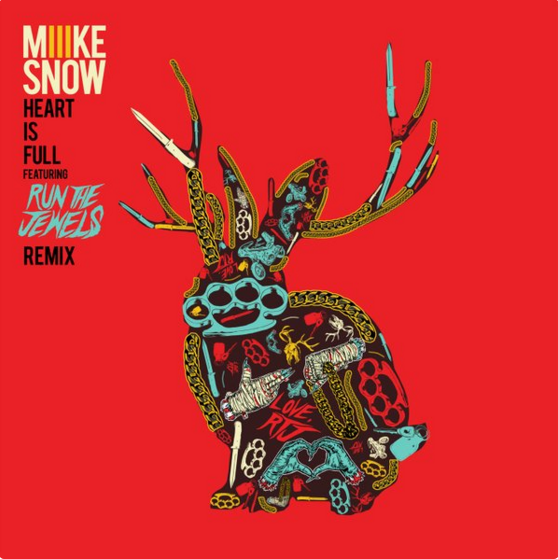 Now that Run the Jewels’ have remixed the thunderous “Heart Is Full,” you might want to start referring to Killer Mike as Killer Miike Snow. The original track stands mostly untouched until Mike and El-P burst onto the scene, dominating the booming beat with an impact that lingers well after their verses end. Miike Snow’s Andrew Wyatt talked to The Fader, who premiered the remix, about how it all came together:

When we heard that RTJ were fans and down to get on this beat I was super excited… but cautiously so. I knew this was the type of beat that they could just eat for breakfast; but I was hoping that the whole thing wouldn’t come off sounding too retro. I was at [producer] Emile Haynie’s house when the email with the mix came through and so we stopped what we were doing to throw it up on the speakers. The moment Killer Mike launched into his verse, Emile and I couldn’t stop smiling; he had found that flow, the rhythm to his lines that was undeniable, the flow which was so huge as to transcend any trendiness in music and just be monolithically awesome. El-P continued riding that same vein – and it’s like a sledgehammer.

El-P also had something to say about the remix:

Stream it at The Fader, and look for Miike Snow’s third album, III, sometime next year.