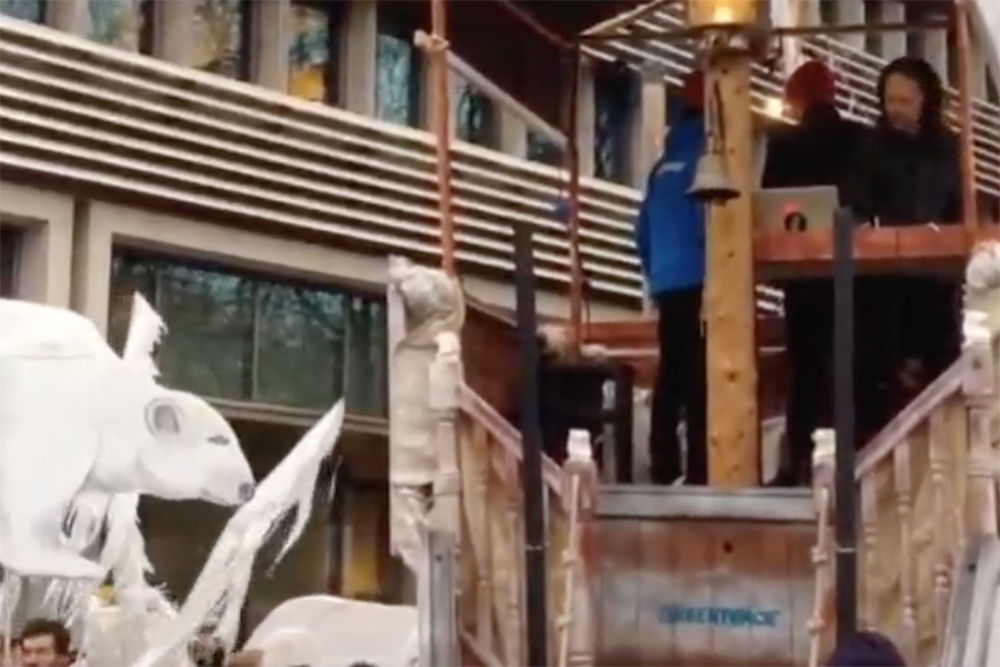 Thousands of people across the world are marching today to demonstrate their support for action against climate change, and Thom Yorke is providing the soundtrack in London. The Radiohead great was spotted riding in Greenpeace’s float at the People’s March for Climate in London on Sunday performing a DJ set. Watch some clips of his performance below.

Thom Yorke is marching and dancing with us! Come join us! #ClimateMarch #PeoplesMarch pic.twitter.com/tb2VH9U1Ll

RT if you stand with @thomyorke for tough action on climate change at #COP21 (it’s fake snow) #ClimateMarch pic.twitter.com/FqcosRUrCe