Loxe Skitters Through a Computer’s Imagination on ‘Footprints’

The U.K. producer reveals an an extended visual for and version of his new EP's title track 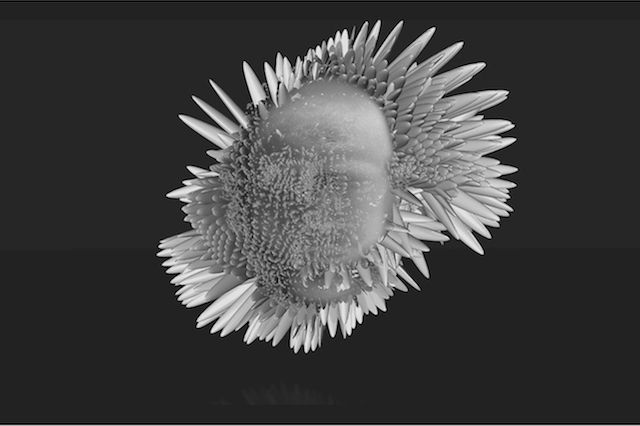 At first, it’s hard to tell whether the video for “Footprints,” a glitchy exercise from U.K. producer Loxe, is working properly. A vaguely hazy semblance of a radar screen’s sweep flickers in and out of focus for the first several minutes before taking the shape of a human head, which then unpredictably bubbles and pulses like a pinpression toy; and then, just when you think you had it all figured out, the visage’s particles scatter as the London-based beatsmith’s voice softly enters the mix.

Loxe — who helped shape the So Good EP from Nao, the singer perhaps best-known at this point for her contribution to Disclosure’s Caracal — segues seamlessly between the visual’s two songs, “Footprints Pt. 1″ and “Footprints Pt. 2,” extended versions of the title tracks of his debut EP, Footprints (out now via Dusty Records). The beginning ping-pongs between SBTRKT-like synth squiggles and R&B undertones, which go on to shape the second track, replacing part one’s squarely computer-generated sounds with triangle-accentuated snaps and Loxe’s own accented, breathy verses. Watch the clip here.