Jillian Hervey’s lush, golden curls hit the stage before she does. As half of the New York soul-clap duo Lion Babe alongside producer Lucas Goodman (a.k.a. Astro Raw when he performs), the magnetic 26-year-old daughter of actress Vanessa Williams owns her small share of the stage with leg-splitting, mane-of-hair-tossing choreography. Though the arena is only a quarter full for Lion Babe’s opening set, Hervey dazzles as if she, and not U.K. house revivalist duo Disclosure, were the headliner. It helps that her vocals appear to be immune to the usual dissipating fry of cavernous arenas and fields; at Austin City Limits in early October, her breathy howls pierced the smoothly layered whirrs and drops of Disclosure’s “Hourglass” as a larger crowd (of thousands, that time) watched reverently.

Together, she and Goodman strain the golden swells of throwback soul through a synthesizer, with roots clearly traceable to Erykah Badu’s funked-up, beat-minded eccentricities, not to mention modern belters like Jill Scott. It’s a retro-furnished fusion both respectful of the genre’s core sounds and future-forward in its jazz-y ricochets, Goodman’s fast-paced electronic packaging, and Hervey’s honeyed vocals. The pairing has yielded several virally successful singles and, earlier this year, a compellingly groovy EP, to be followed by their debut album, Begin, out January 22, 2016 via Outsiders.

“People get bored and people want fast content, so we’ve just tried to stay connected with the world at large, which is how things have been able to spread organically,” Hervey says, speaking with Goodman to SPIN over the phone, of their ambition to meld the past, present, and who-knows-when. “I think it’s only made us of move faster, grow quicker, and also just challenge ourselves to stay true to what we want to do and what we were building from the start anyway.” 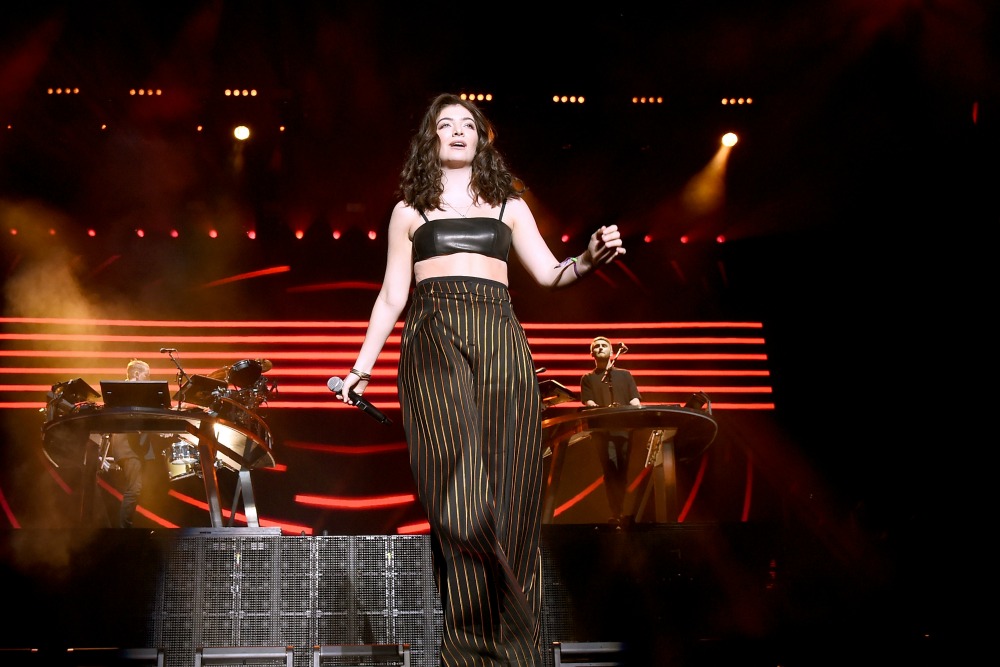 Disclosure Brought Out Lorde and Sam Smith at Coachella

Though the fittingly titled Begin has been in the works for the past couple of years, the duo has already clocked sessions with Pharrell — on the sultry, anti-catcalling “Wonder Woman” — and actor Donald Glover’s rap alter-ego, Childish Gambino (before he mostly abandoned that moniker) on the double-dutching “Jump Hi.” Mostly, though, the 14-track effort is the result of nonstop behind-the-scenes grinding from Goodman and Hervey on their own.

“I don’t think either of us identify as pop stars, and we’re not trying to be pop stars,” she says of their major-league collaborations. “But when we think about music in general, there’s always those moments in songs that you just want to sing over and over again. For us, it all starts at a hook, at a catchy moment, and that’s kind of where we build from. We’ve been very fortunate that the people we’ve worked with understand that we have our own personality and we have to make it feel like it’s coming through us.”

Lion Babe’s two members met through mutual friends at a party when they were undergrads, Goodman at Boston’s Northeastern University and Hervey at the New School’s Eugene Lang College, and — as most star-crossed, long-distance musical collaborations begin — started swapping ideas via email. “Jill was choreographing a piece and asked if I would be down to do some music for it, and one day we just got together and were like, ‘Oh, let’s try making some music together and see what happens,'” Goodman recalls. After whipping together the impassioned “Treat Me Like Fire,” their first song together, Hervey says she knew immediately that they would continue to click creatively.

“We’re both very supportive [of] and open with each other,” she says. “We’re pretty honest about what we like and what we don’t like. Generally, we tend to have a lot of things in common anyway. I don’t think either of us are that rigid in what we want, and that openness makes it more creative. Knowing that, you can go all in and you won’t really be judged for it — you’ll only be embraced. We can always have a real conversation about what we want to do and that’s been pretty freeing as artists.”

It also helps that both parties know what they bring individually to the table. Hervey says she’s the more lyrically minded of the two, while Goodman says he’s largely responsible for beats and production. “I wasn’t even singing when we first started Lion Babe, so my voice has only gotten stronger,” the Chappaqua-born singer says. “And Lucas’s knowledge of being a producer has only gotten stronger. He was working with rappers before, and now he’s making songs. We just had to grow and that’s helped us look back and see what stands out.”

Learning on the job has already been kind to Lion Babe. Since the release of “Jump Hi” and “Treat Me Like Fire,” Hervey’s vocals have picked up heft and depth alongside Goodman’s increasingly slick production. With Begin only two months away from release, Hervey says she and Goodman have put in the hours since their inception in order to properly shape their bouncy but lithe sound. “If you asked me what [production popular software] Ableton was two years ago, I would’ve had no idea,” Hervey says with a laugh. “I’ve watched people take shortcuts with their work, but with Lucas, the amount he’s grown when it comes to his production and his ability to understand what he wants — how a mix is supposed to be and incorporating his influences [like J Dilla and Lee Scratch Perry] in an honest but completely unique way — all those elements stand out. He’s someone who absorbs information like a sponge but also really makes it his own. He’s just such a forward thinker. In the long run, when people really listen — instead of looking at our faces and our hair — they’ll understand the intricacies of the music.”