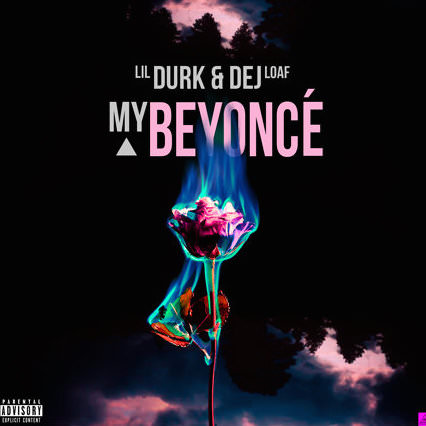 Midwestern rappers Lil Durk and DeJ Loaf rep for each other hard on their gushy new track “My Beyoncé,” a track that the latter spitter makes entirely her own. Though it’s the lead single from Durk’s upcoming 300 Days, 300 Nights (out on December 15), DeJ knows how to stop a song in its tracks. “Durk and DeJ / I’m thinking about changing my last name,” she gurgles as her verse comes to a close.

“My Beyoncé” was first teased in a profile of the hip-hop producer No I.D. last month.

Under a portrait of the room’s namesake, an A&R rep in a flannel shirt presses play for his boss, Dion “No I.D.” Wilson, the super-producer-turned-executive vp of Def Jam. It’s a new song tabbed for a potential album from protean singer-rapper Dej Loaf and her boyfriend, Def Jam drill artist Lil Durk. “Shawty my Beyoncé,” the Auto-Tuned hook bellows. This raises a red flag: Is it wise to name-check Beyoncé on your chorus, especially when Drake already did a song called “Girls Like Beyoncé”?

“What about if we change it to ‘My Yoncé’?” asks No I.D., 44. “Once you say Beyoncé’s name on a record, it gets into … a whole other level of intrusion.” Someone counters with altering it to “fiancé,” but everyone agrees it would change the context of the record. “My Yoncé” has the opportunity to create what No I.D. calls a “hashtag moment”: Think what Ariana Grande did with “on fleek” earlier this year, or what Kanye West did with “cray.” “Hit records create slang, and if you create slang you get into a broader conversation level,” says No I.D. “People are going to use it, and if [others] don’t know the song, people are going to be like, ‘What? Did you not hear that record?’ ”