The auction also sold some of Nirvana's gold and platinum records 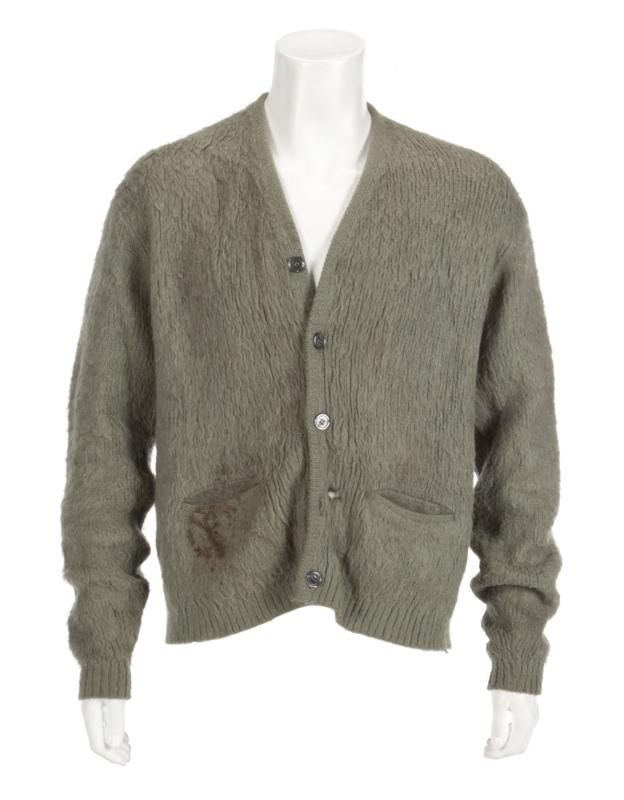 Update: Wondering what Kurt Cobain’s lock of hair sold for in the auction? SPIN reached out to Julien’s Live to find out what happened to the controversial item and received the following statement from a rep: “Lock of hair was pulled from the auction and therefore not sold?.”

In 1994, Nirvana played an episode of MTV Unplugged that’s gone on to reach near-iconic status in the years since. You might recall that an auction service called Julien’s Live — which bills itself as “The Auction House to the Stars” on its website — put the sweater that frontman Kurt Cobain wore to the band’s Unplugged taping for sale.

Now it’s being reported that Cobain’s sweater — which Julien’s estimated was worth near $60,000 — has sold for more than twice that amount, bringing in a whopping $137,500. Per the site’s description of the item of clothing:

A vintage green cardigan sweater worn by Kurt Cobain during Nirvana’s appearance on MTV Unplugged in 1993. The Manhattan brand sweater is a blend of acrylic, mohair and Lycra with five-button closure (one button absent), with two exterior pockets, a burn hole and discoloration near left pocket and discoloration on right pocket, size medium. The sweater was obtained from a close friend of the Cobain family. A signed letter of authenticity and provenance from the Cobain family friend will be provided to the winning bidder.

The site also sold additional Nirvana merchandise during Saturday’s auction, including the band’s gold record for In Utero and their platinum record for Nevermind.