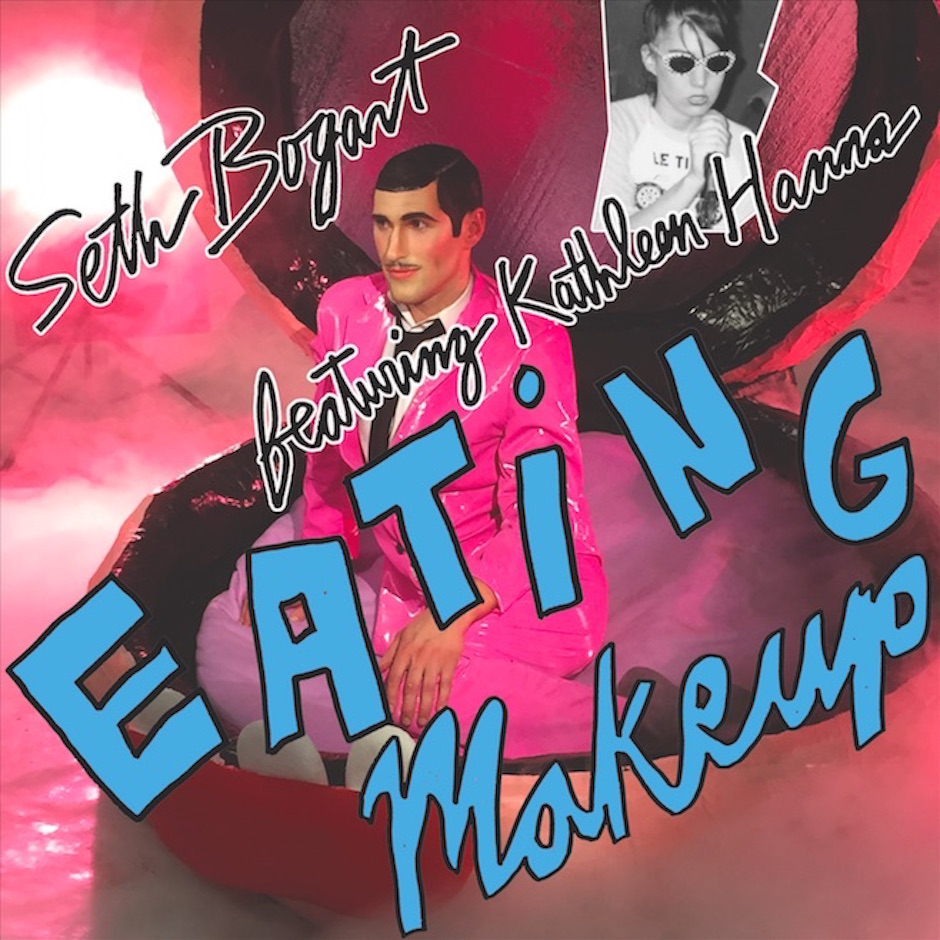 Seth Bogart has been making blown-out garage-pop for the past half-decade as Hunx (sometimes aided by his Punx) but in early 2016 he’ll make his debut under his own name, aided by a few different friends. Today, he’s shared the first of those guest-aided tracks, a single called “Eating Makeup” featuring Kathleen Hanna of the Julie Ruin and Bikini Kill on vocals.

As ever it’s gleeful and goofy guitar pop, and Hanna turns in a convincing performance as she details the merits of avoiding “the cheap stuff” for the purposes of consumption.

Rookie’s Tavi Gevinson, Cherry Glazerr, and Chela will also reportedly feature on the full-length, which was produced by Cole MGN (who’s done work for Ariel Pink and Julia Holter among others). Listen to “Eating Makeup” over at Pitchfork and look for his new LP next year on Burger Records.