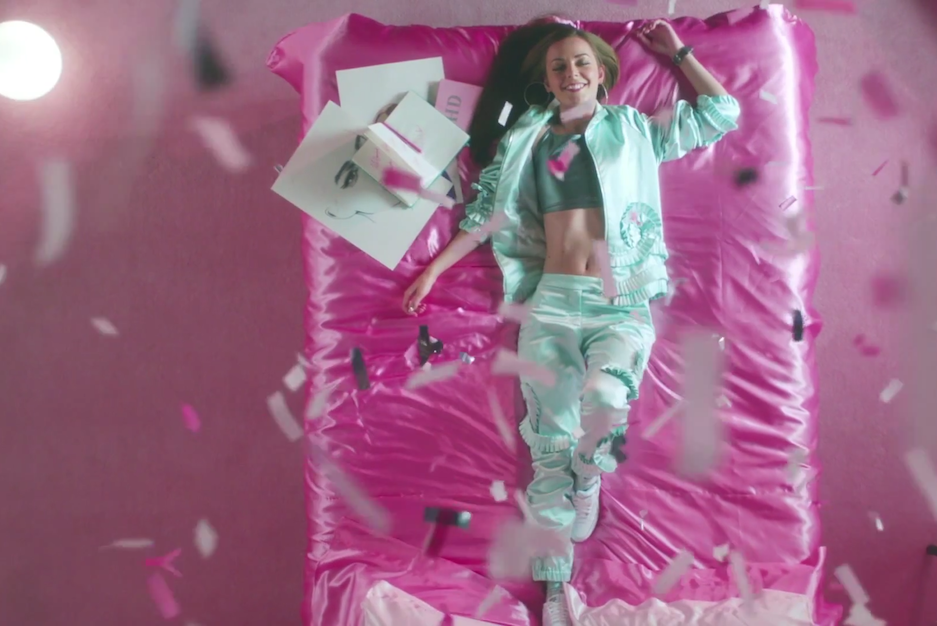 Hannah Diamond has been PC Music’s most visible member over the course of their several years of existence, a sort of hyperreal pop star as the visual representation of a whole stable of producers and songwriters delving into similar sounds quasi-anonymously. Today, she’s released her first ever music video for a new track called “Hi,” which only furthers the uncanny appearances of her work with the image-making and photography duo Diamond Wright.

Like her previous singles, “Hi” comes across like Aqua, if their liquid of choice was gasoline or vaseline rather than pure old H2o. Synthesizer parts arrive both neon-tinted and highly combustible. The visual’s about what you’d expect from Diamond’s volatile compositions, a Bradley&Pablo production (the duo behind the “Hey QT” visual) that features, at alternate turns, falling confetti, the pop star practicing her autograph while laying in bed, and performing on a video billboard. And hey, with that recently inked Columbia deal that latter image could soon be a literal reality. Watch the video here via i-D.

Review: PC Music Struggles With Identity and Grows Up on New Comp