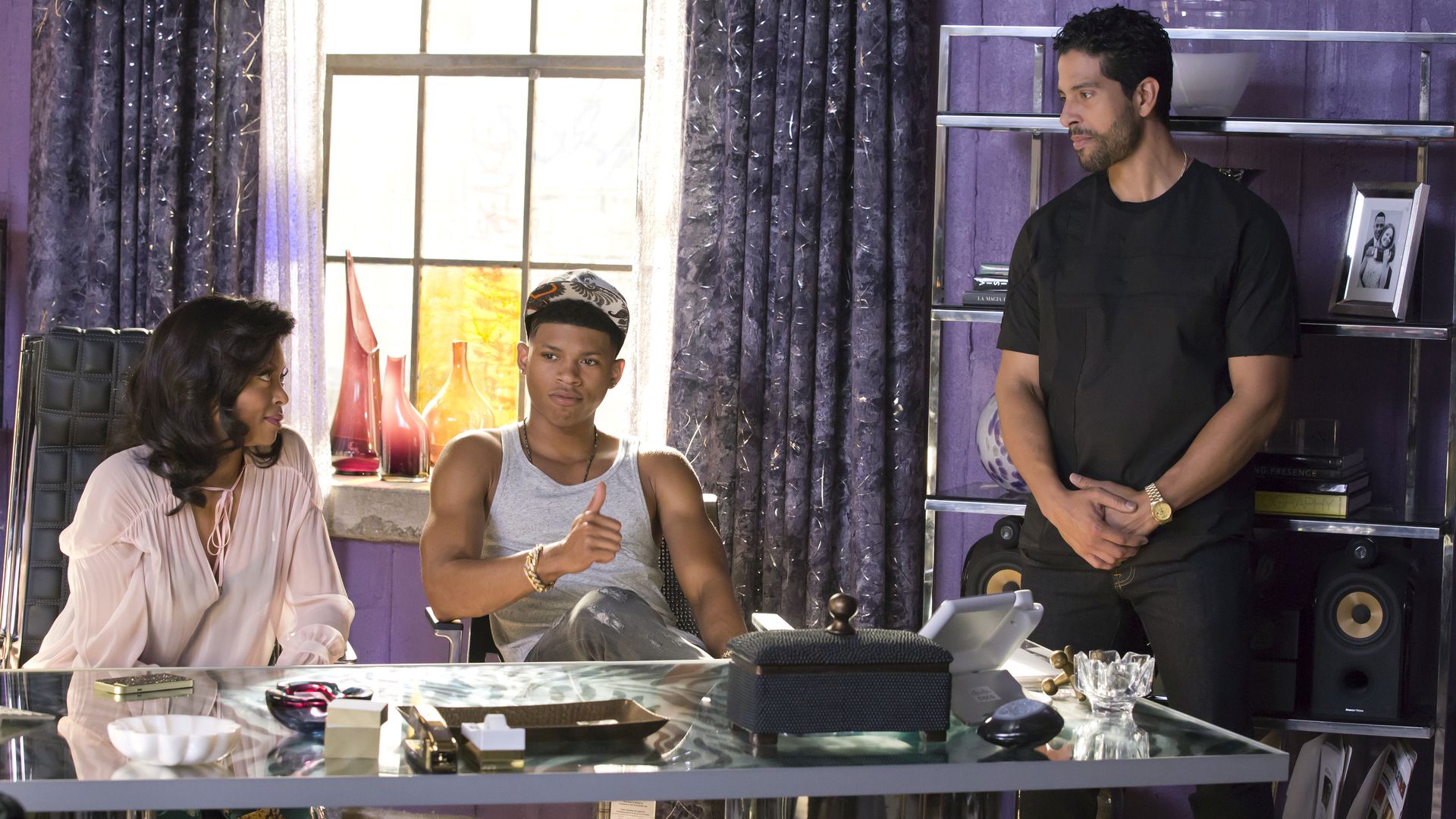 Empire, a show that’s about family, business, and the messy things that happen when they overlap, is really bad at showing the whole business part of the equation. We’re dealing with a massive, multi-million dollar music company here, but whenever it’s time to actually deal with a corporate venture, Empire tersely Cliff Notes it away. Last night’s episode did that plenty of times, but it also, strangely did the opposite — it had a promising storyline, but then sped through the good parts to make it about a business deal.

Empire Season 2, Episode 6 Recap: Guess That Kidnapping Thing Is All Over, Huh?

Thanks to Lucious Lyon's (and Becky G’s) ruthlessness, Empire Records has had no problem dealing with Cookie’s upstart Lyon Dynasty label
MORE >>

So, yes, Cookie’s boy toy, Laz, was one of Hakeem’s kidnappers. This plot twist was dropped (in a surprisingly subtle way, for Empire,) during the kicker of the last episode but largely fell flat. We barley know this guy, and the hour went so out of its way to wrap up this potentially monumental hostage plot that it seemed almost like an afterthought when they revealed that there’s a man on the inside. (In more ways than one, given the looks of that sex scene montage between him and Cookie.)

Cookie and Lucious’ son being held by for ransom — perhaps the only thing that could realistically bring these two warring parties together — was an interesting conceit. Suave Laz trying to make protection deals between his gang and Lyon Dynasty is not, and their inevitable, uninteresting grand plan is, at best, an underwhelming distraction from any number of potentially interesting directions this show could go instead.

The crushing insecurity and jealousy Lucious felt when Jamal’s new track (which was secretly produced by Cookie) earned him that coveted living room performance — over Lucious’ own track — was moving. So was his admittedly overwrought flashback to his mother’s possible suicide/fun game of Russian roulette. Even if it’s strange that synonyms for “dig” only became Lucious’ trigger words just now, the exploration of his character, and relationship with his son and new protégée Freda Gatz is far more interesting than Hakeem blustering over the amount of gang security they’re going to hire for Lyon Dynasty’s Rock Steady Park concert.

Rock Steady Park is, in reality, a nickname for a tiny, tiny little space on the Upper West Side that’s really called Happy Warrior Playground. It is in no way a realistic place to host a major hip-hop concert, nor is it a place with serious gang ties. This is the second least-authentic part of this show’s purported New York City setting this week, the first being when Laura completely captivated a large crowd with an acapella, impromptu street performance of a Spanish-language cover of “I Will Survive,” as part of Hakeem’s gambit to make her a leading lady. Sure.

That said, the most unbelievable part of the episode was the casual revelation that Lucious knows how to play the sitar, a notoriously hard-to-learn instrument. He’s seen playing it as he mulls over what’s really going to make his song kick, but this two episode mini-arc about the history, conflict, and passion that went into Lucious’ “Boom Boom Boom Boom” is exciting, although the show steamrolls a massive business venture to get there. Lucious’ boxing match with the SwiftStream CEO, a pitch perfect parody of a douchey tech bro, is a nice narrative tool for making progress on his songwriting, but the business deal is a casualty — the massive merger happens in maybe three combined minutes of screen time.

Granted, nobody really wanted to see boardroom scene after boardroom scene with lawyers hashing out the terms of the merger, but Empire does itself a disservice by handwaving away all the complexities of running Empire Records. When businesses can be bought in two conversations and a knockout punch, and Lyon Dynasties can be launched on a whim, it makes the stakes seem hollow. The business aspect of Empire matters only if they let it matter, which would be fine if the showrunners wanted to just focus on family drama and not business intrigue. If they just wanted to do that, though, Hakeem’s big kidnapping should’ve been more than just a red herring for disappointing negotiation about security for a playground concert.