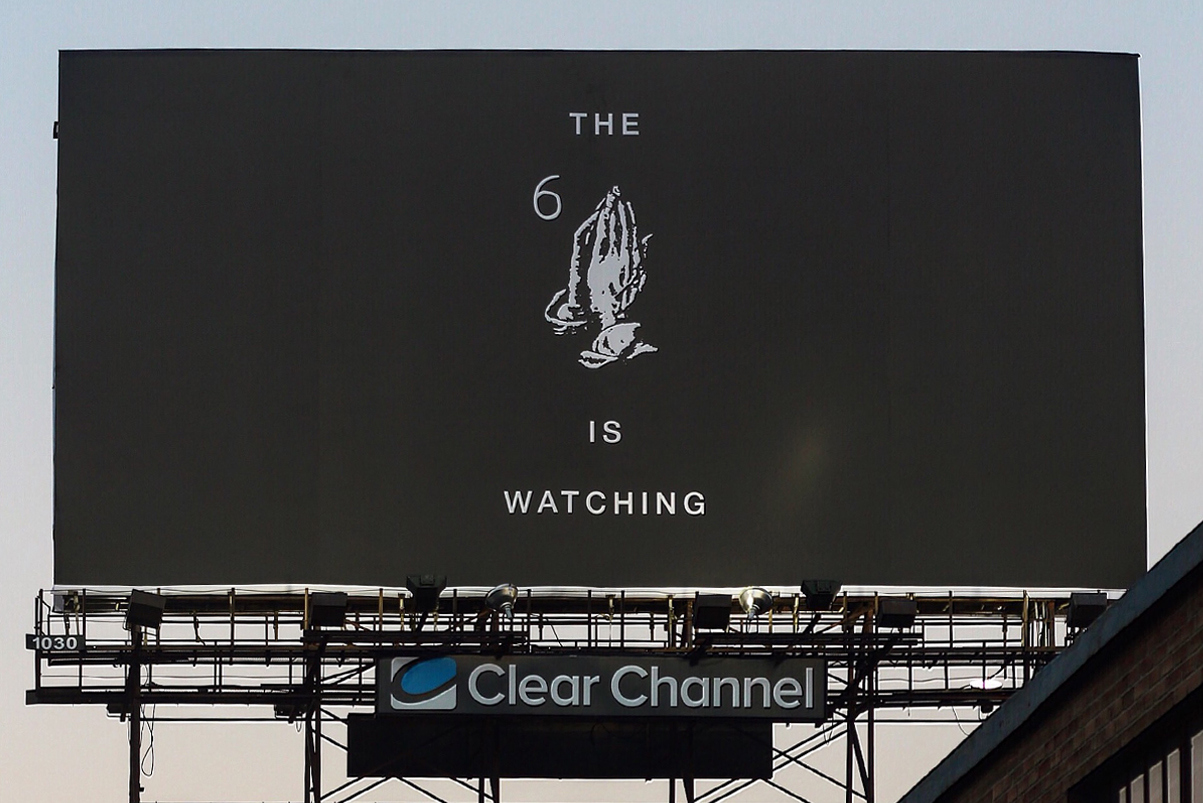 Is the 6 god coming? Earlier tonight, Toronto’s very own, Drake, uploaded an Instagram post of a billboard with the phrase “The 6 is watching” plastered on it, alongside only a prayer hands emoji. “Be home soon,” Drizzy added in his caption.

Last month, Drake confirmed during his second weekend of Austin City Limits that he’d take the rest of the year off from public appearances to put in work on his upcoming album Views From the 6. His most recent single “Hotline Bling” failed to hit No. 1 on the Billboard Hot 100, but its video spawned endless memes and GIFs.