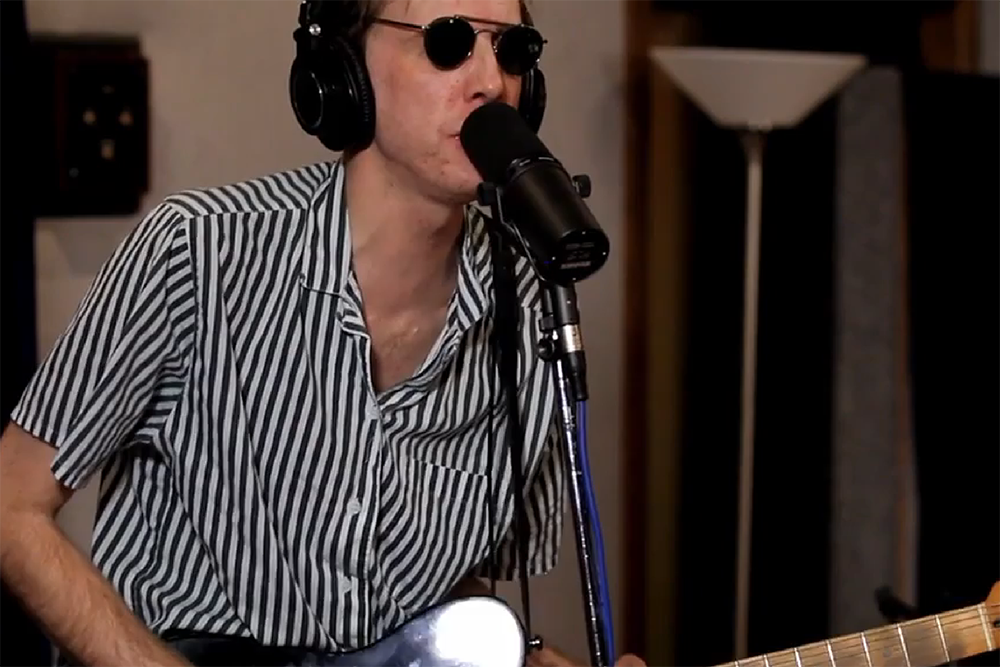 Deerhunter, SPIN’s pick for the best rock band out there today, swung by KCRW to perform a five-song set for the Los Angeles radio station, including a special extended version of “Snakeskin” that featured an improvisational segment titled “Escape From the Nursery.” KCRW’s Travis Holcombe also interviewed frontman Bradford Cox, and the pair discussed the corporate music machine, art, and spirituality (plus Cox made a bit of a perceived dig at Disclosure, accusing them of “killing” Polish classical composer Krzysztof Penderecki, according to Pitchfork). Watch Deerhunter’s performance, and check out the set list, below.