Do you even EDM bro? 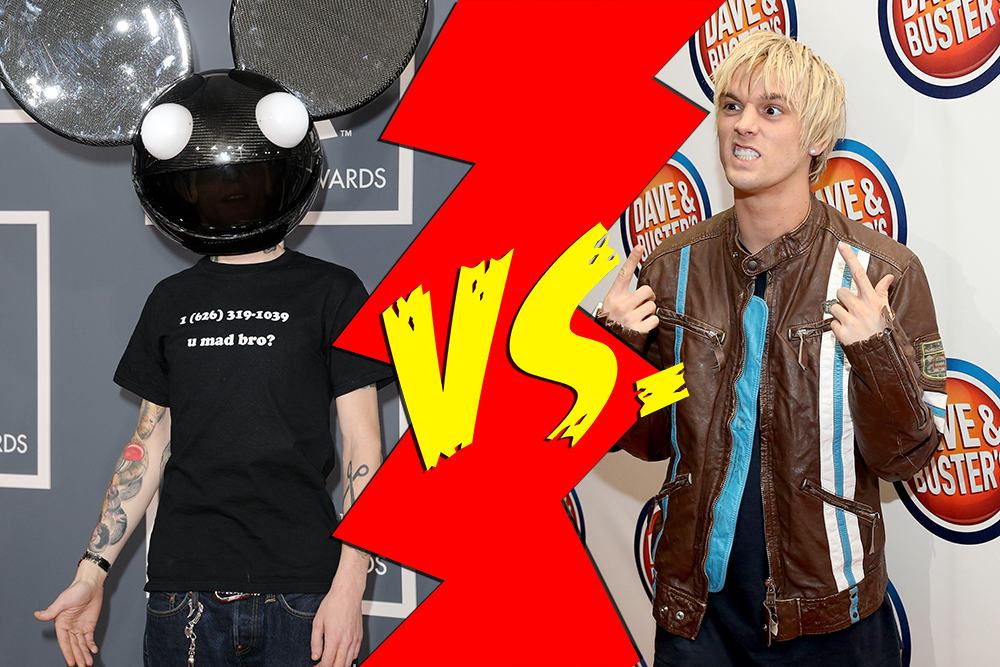 Bear with us: Earlier today, Aaron Carter paused his eternal one-on-one game of hoops with Shaq to upload an Instagram of a track he claimed to have been working on.

At the time of the video’s upload, it did not mention that it was a remix (of sorts?) of Deadmau5’s glitchy 2012 track “The Veldt,” but as you’ll see, fans of the producer came for Carter in his comments, forcing him to change the caption as it appears now. Soon — as happens when the Internet takes control — Deadmau5 was alerted to Carter’s doings. “Y u do this?” he asked in a tweet, to which the “Come Get It” singer responded (verbatim) “I do remix THIS morning and everyone hood on my shit wtf lol homage to @deadmau5 don’t hate appreciate.”

Then Deadmau5 challenged Carter to a video-game battle (Counter-Strike: Global Offensive), Carter agreed, Deadmau5 lobbed some insults his way… It got messy. It’s ongoing, too. Twitter fingers turn to joystick fingers and all. Catch some of their exchange below.

All because I make a remix to veldt by dead mouse I get fucking bullied like hardcore. Awesome! Way to go world. 💎 you’re too kind.

you dont have time for that shit. better get on CS and get practicing. you have less than a week. https://t.co/QeR8Gir9Gy

matter of fact, @aaroncarter i’ll even fly you up here to play on the lan so you wont have the shitty 75ms malibu ping handicap. #niceguy

im not even fucking with you. tell nick to check his phone 😉 #iHaveASetOfSkills https://t.co/XfFF2LTjuy

@deadmau5 you’ve got me interested. Nah nick can check this later this me and you right now