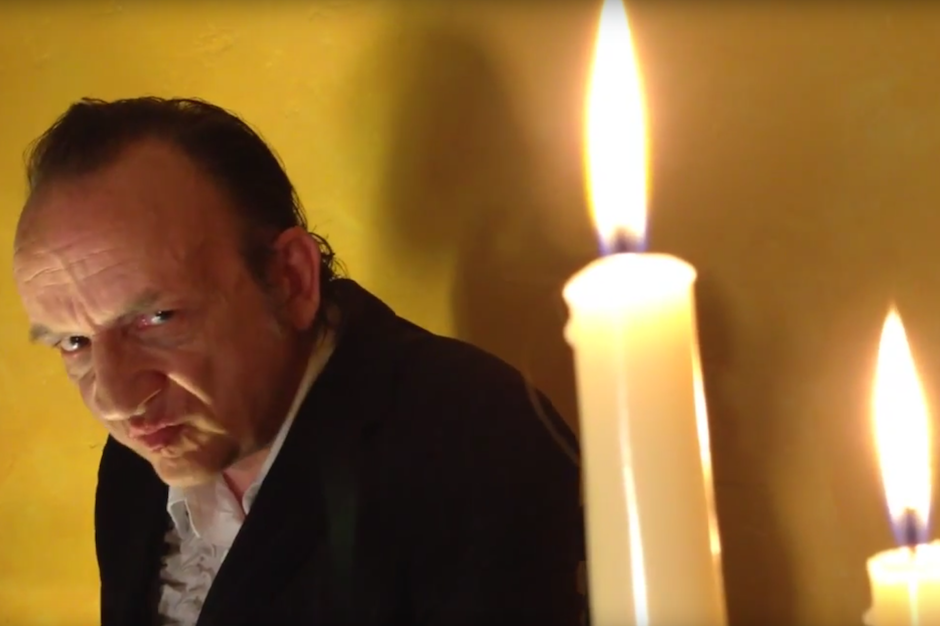 Chicago-based experimentalist J.R. Robinson has led the metal-leaning crew of abstractionists Wrekmeister Harmonies for a little over half a decade now, and today they’ve release their fourth full-length collection of color-drained compositions Night of Your Ascension on Thrill Jockey. The title track in particular is demonstrative of Robinson’s — and his vast collective of associates — ability to careen between doomy drones and throat-shredding shrieks, catching joy, terror, and ecstasy in the wide net of instrumentation.

They’re also sharing a video for an excerpt of that 32-minute track today, starring David Yow (of Jesus Lizard, Scratch Acid, and occasionally a Wrekmeister collaborator), and it appropriately captures some of that regal air. Yow visits a bloody dinner party and also stars as a creepy, undead sort of dude, before things get violent. The B-movie-indebted clip was directed by Robinson himself and you can watch it right here. Check that out alongside a slate of upcoming tour dates below.