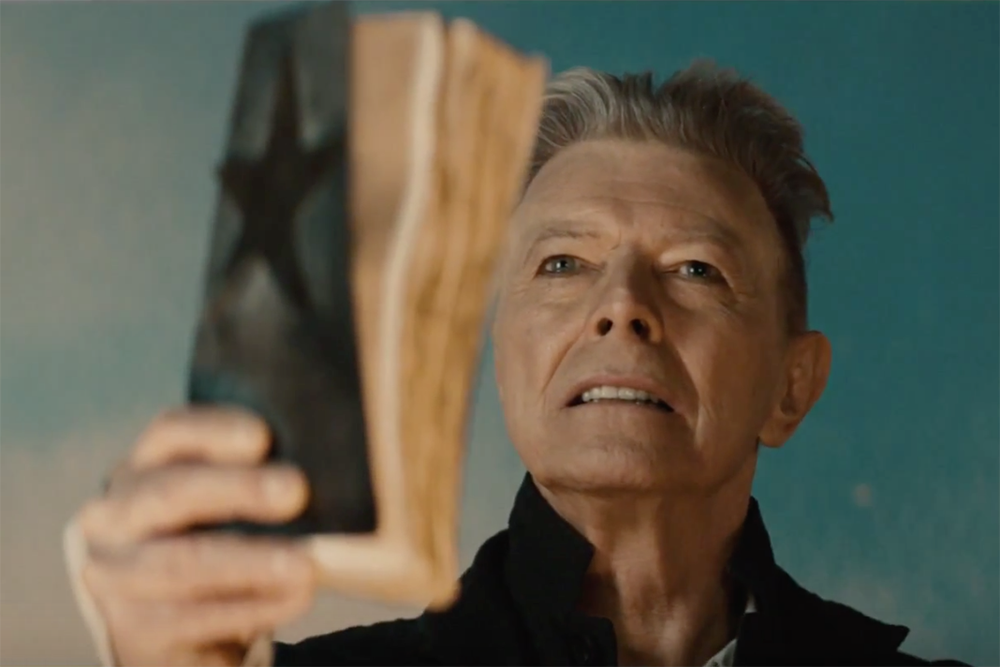 David Bowie is dropping a new album early next year, but today he shared a teaser for the strange-looking short film that’s set to accompany ? (pronounced Blackstar). The clip seems both science-fiction and post-apocalyptic, featuring a bejeweled astronaut skeleton and creepy human scarecrows, with Bowie wielding a book like some sort of preacher. The film will premiere in Brooklyn on November 19 as a limited run feature at Nitehawk Cinema. Tickets are free, but required for access. The film will also play on Palladia.tv at 3:50 p.m. that day. The album’s title track will drop the next day, and ? comes out on January 8. Watch the trailer here.