Coldplay Tinker With Banana Pianos, Perform ‘Adventure of a Lifetime’ on ‘TFI Friday’ 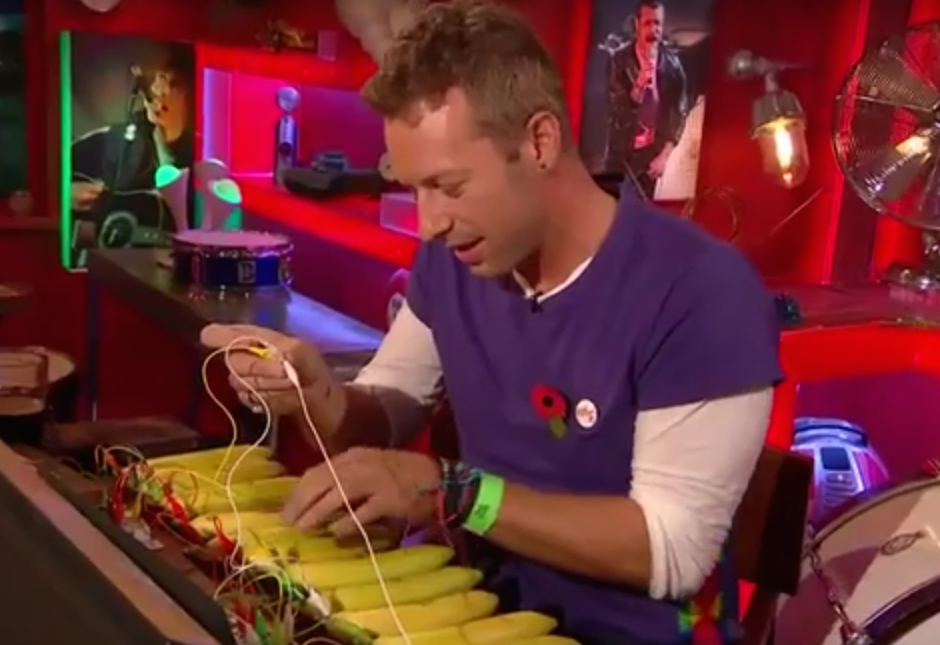 On Friday, Coldplay pulled the curtain back on their star-studded seventh studio album with a single called “Adventure of a Lifetime.” Friday night, they brought that song to the resurrected U.K. late night show TFI Friday and gave it a performance as wonderfully weird as the song itself.

A Head Full of Dreams is out December 4 on Parlophone and they’ll debut a few songs from it on November 13 during a concert that’ll be livestreamed on Tidal. Until then, you can watch their “Adventure of a Lifetime” performance right here. Also, be sure to check out frontman Chris Martin’s other appearances throughout the comedy show — including his attempt at playing a piano made out of bananas.