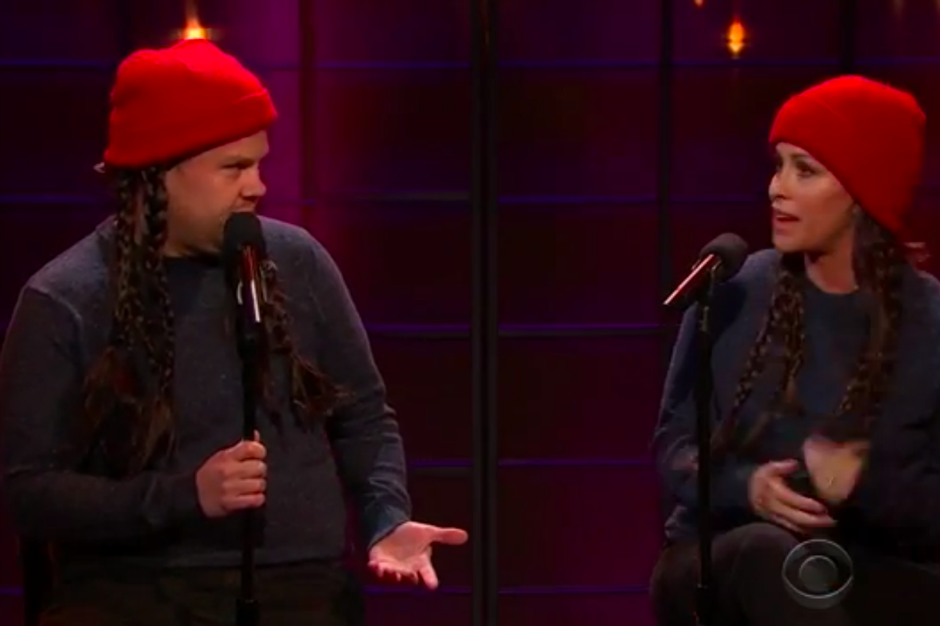 If you’re a huge fan of Alanis Morissette’s “Ironic” but wish it didn’t have all those super-dated ’90s references to O.J. Simpson and Supermarket Sweep — don’t check the original lyrics, just trust us, they’re there — the singer/songwriter appeared on The Late Late Show last night to duet on a 2015-updated version with host James Corden. The new rendition includes references to Uber, Netflix, vaping, and plenty of other institutions of contemporary culture that your 20-years-ago self would find weird and disturbing. And, yes: “Ironic” 2.0 does address the fact that there isn’t actually anything that ironic about either version of the song.

Here are the complete lyrics to the new version, and watch the performance below.

An old friend sends you a Facebook request
You only find out they’re racist after you accept
There’s free office cake on the first day of your diet
It’s like they announce a new iPhone the day after you buy it
And isn’t it ironic, don’t you think?
It’s like swiping left on your future soulmate
It’s a Snapchat that you wish you had saved
It’s a funny tweet that nobody faves
And who would’ve thought it figures

It’s a traffic jam when you try to use Waze
A no-smoking sign when you brought your vape
It’s 10,000 male late-night hosts when all you want is just one woman, seriously!
It’s singing the duet of your dreams, and then Alanis Morissette shouting at you
And isn’t it ironic, don’t you think?
A little too ironic, and yeah I really do think

It’s like Netflix but you own DVDs
It’s a free ride but your Uber’s down the street
It’s singing “Ironic,” but there are no ironies
And who would’ve thought it figures