Against Me! Perform ‘True Trans Soul Rebel’ on ‘Late Night With Seth Meyers’ 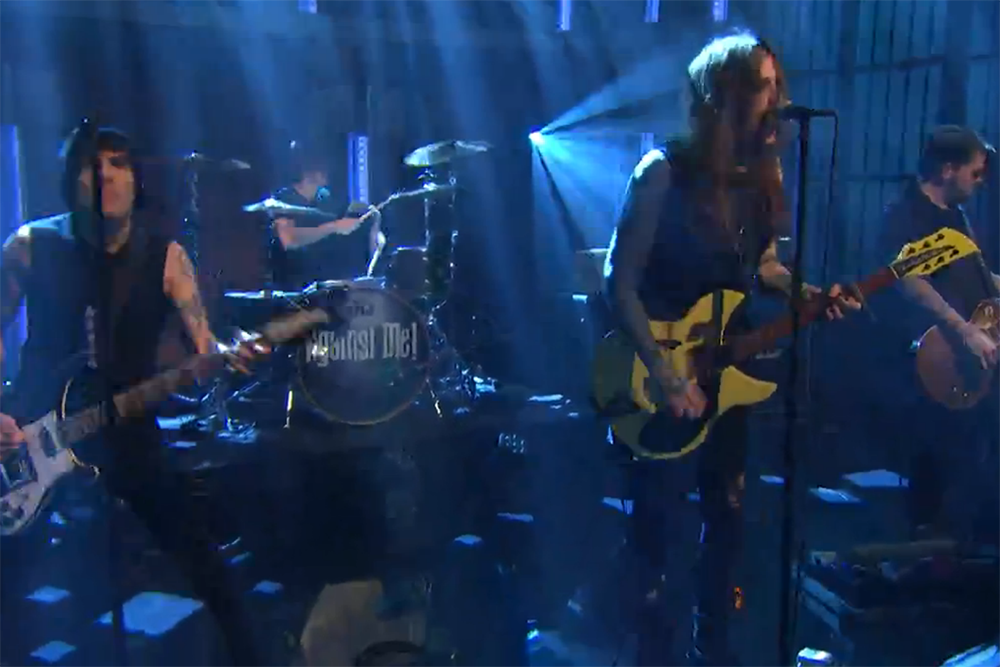 Against Me! set fire to Seth Meyer’s stage on Late Night yesterday night when they performed “True Trans Soul Rebel” off of their killer 2014 album Transgender Dysphoria Blues. It’s been a while since the record dropped, but the late night performance’s fiery passion just goes to show that the album has legs. However, frontwoman Laura Jane Grace told Rolling Stone that the band’s next LP is going to sound “really different.”

“The last record was an isolating experience and a solo endeavor in a lot of ways – not to diminish anyone else’s roles, but it was a really personal record,” she told the magazine. “I want this one to feel like we’re all in it equally. We’ve been having a really good time playing with each other. We’ll see what that means sonically, but that’s the vibe.” In the meantime, watch their grizzly performance of “True Trans Soul Rebel” here.

James Grebey
Tags: against me!, late night with seth meyers