Adele Pretends to Be an Adele Impersonator in BBC Skit 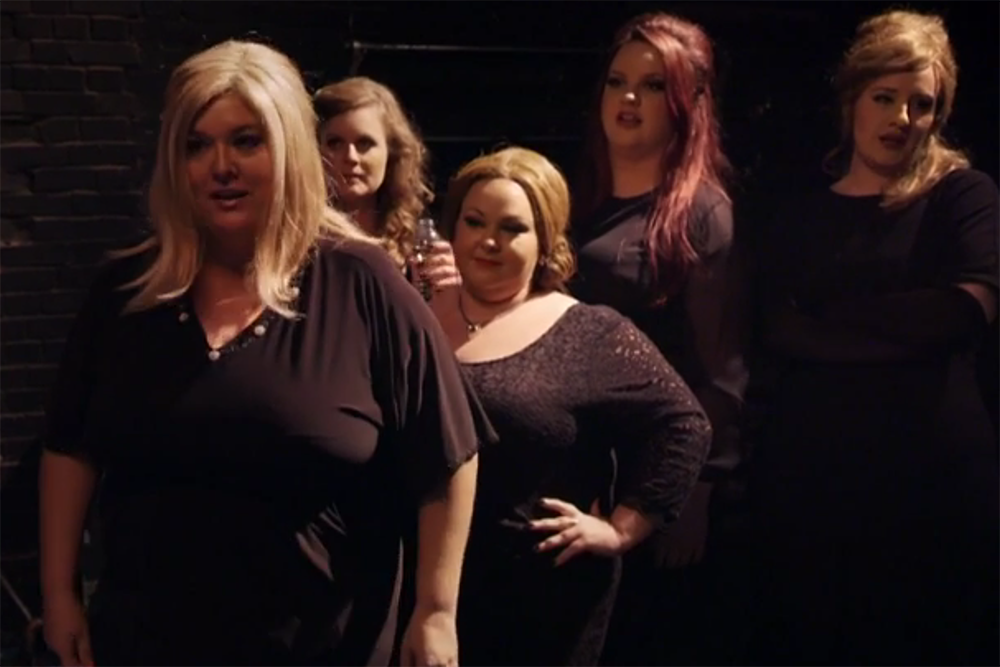 Adele’s BBC performance is airing in the U.K. tonight, but the network’s shared a delightful little skit starring the 25 singer in which she pretends to be an Adele impersonator in a room with nine other hopefuls. Adele — boasting a prosthetic nose and chin among other, subtler disguises — meets with host Graham Norton before heading to the audition for a fake pilot audition at the Wimbledon Theatre. Under the alias “Jenny,” Adele mingles with the other hopefuls, and even lightly pokes fun at herself. “Takin’ her time,” Adele sneers about the long wait for her album, prompting an unaware Adele-wannabe to chime in with “Try saying that to her face.” Before too long, it’s time for the big reveal, and it’s actually quite emotional. Watch it here.