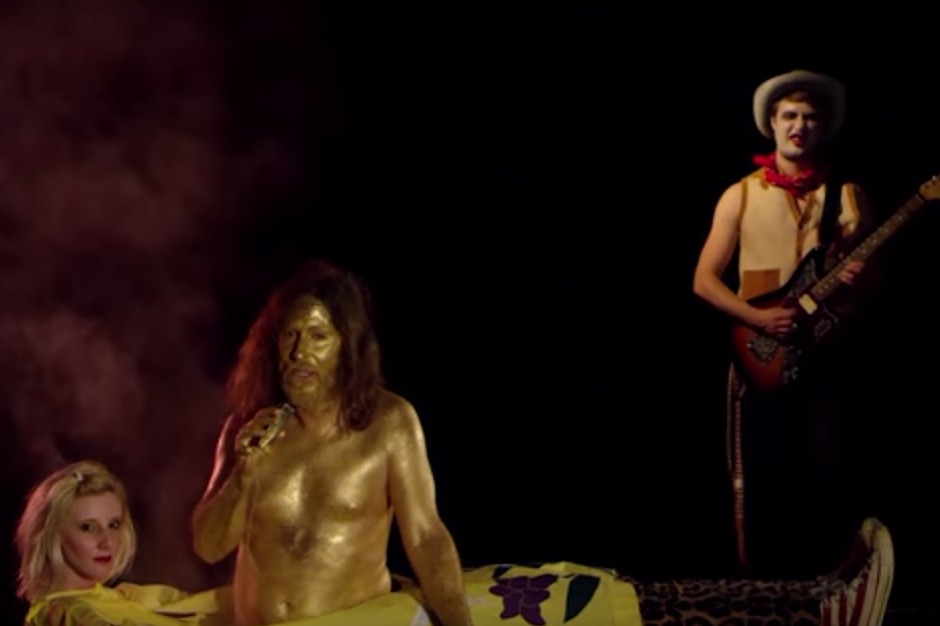 The video, which was shot in Los Angeles and directed by Justin Gradin and Ben Jacques (who also helmed White Lung’s “In Your Home” clip), is, as advertised, pretty nuts: A gold-painted Stephen McBean bursts out of Mish Way’s torso; the two singers go shooting into the sky; mimes dance; a witch comes out of a trash can to enjoy a plate of spaghetti. If that sounds appealing, then definitely watch below.