'Deeper Than Sky' is out October 23 on Profound Lore 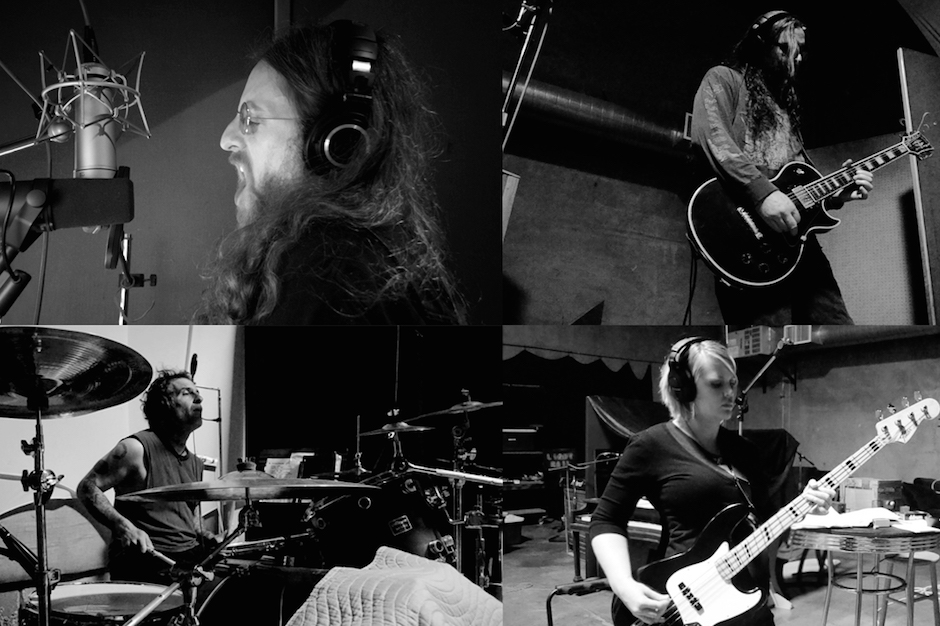 VHÖL’s composite members come from across a whole spectrum of metal’s more phlegmatic strains. Drummer Aesop Dekker plays with the experimentalists in Agalloch, frontman Mike Scheidt’s also conjures gloomy fuzz with YOB, and guitarist John Cobbett and bassist Sigrid Sheie both get hypertechnical with their prog-leaning act Hammers of Misfortune. But knowing any or all of that really does little to prepare you for their newest single “Red Chaos.”

Following on the dramatic Maiden gasps of lead single “The Desolate Damned,” this new cut plays like a more efficient bit of medieval weapon — say, a mace straight to the face. Dizzying guitar leads and unrelenting kick drum bludgeons mirror Scheidt’s acid-garbled evocations of “rage,” “fear,” and “lies.” About halfway through the thrashing instrumentation parts ways for a shriek and a solo and then, as the title suggests, total chaos. Disarray has never felt so fun.

VHÖL will release their sophomore album Deeper Than Sky on October 23 on Profound Lore, but while you wait for that, stream “Red Chaos” right here.

Review: VHÖL Rip the Flesh From Thrash’s Corpse on ‘Deeper Than Sky’