Taken from this year's 'Cherry Bomb' 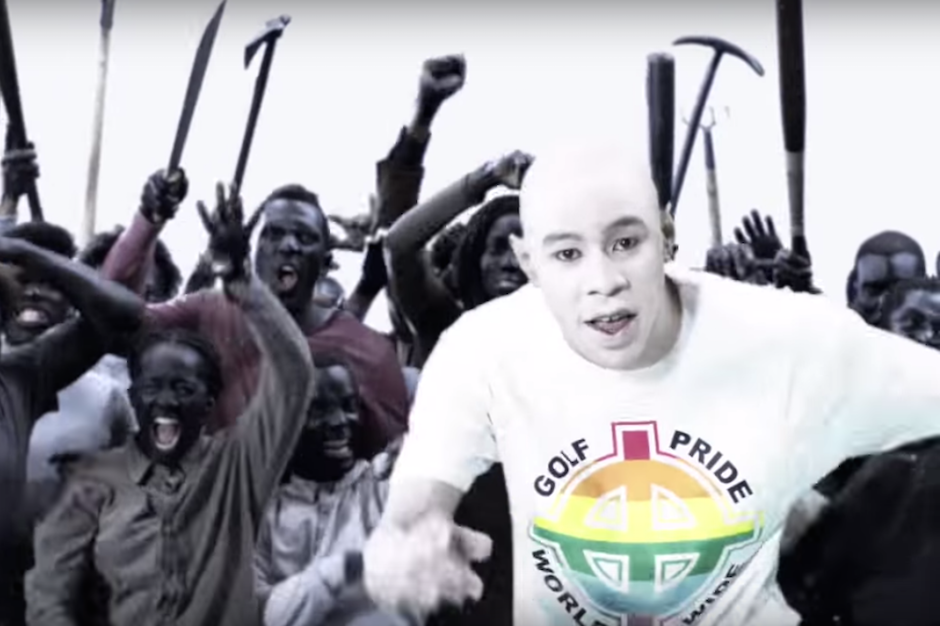 Hoping to catch Tyler, the Creator at this weekend’s Afropunk Festival in Atlanta? You’re out of luck, since the event was just canceled due to bad weather on the way, but the rapper’s got fans covered with his new “BUFFALO” music video, a treatment for a fuzz-trap track from his spring release, Cherry Bomb. There’s some pretty shocking, stark imagery in there — Tyler hangs from a noose, his body drenched in all-white paint at one point as an angry mob stands by the tree’s side watching — and then things take a weird, technicolor twist. Directed by Wolf Haley (who, of course, is one of the 24-year-old’s alter egos), the “BUFFALO” video’s sure to have people talking for a while, dissecting it frame-by-frame. Watch below.