The Weeknd Remixes ‘The Hills’ With Eminem and Nicki Minaj, Performs With Latter on ‘SNL’

Abel Tesfaye also performed "Can't Feel My Face" on his own 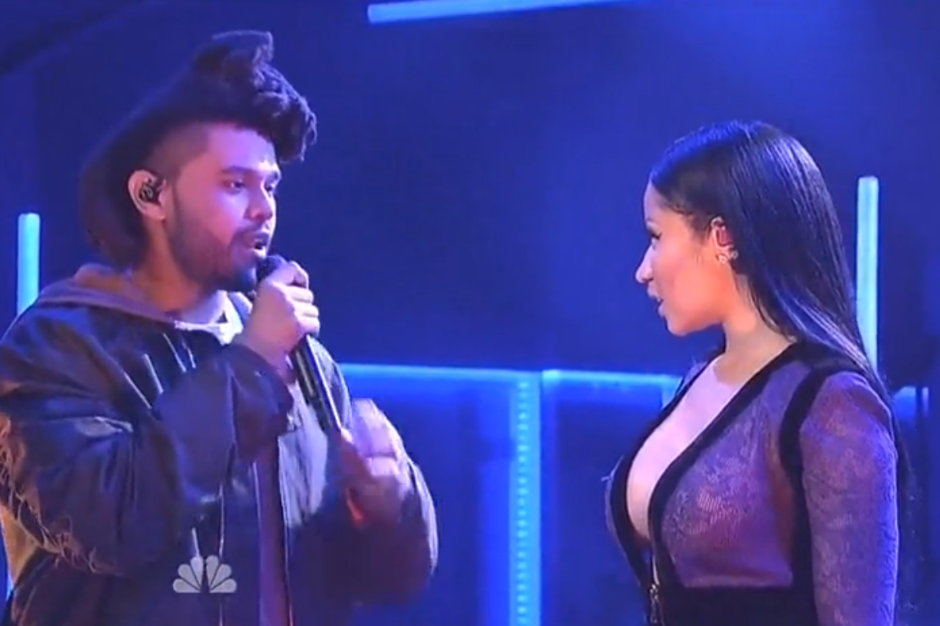 The Weeknd commemorated his performance on Saturday Night Live last night by releasing two remixes of his latest chart-topper “The Hills” just before going on air. One starred Eminem, sounding depraved as ever (“Tonight we don’t need those pills / It’s the effects of each other”) and the other featured Nicki Minaj, quickly stealing the show with her opening lyric (“Remember that time that I showed up with just panties under my coat?”) Nicki also performed her version with Abel on SNL, getting the singer to bow down in praise by song’s end.

Listen to both remixes here, and watch video of the Weeknd’s two SNL performances.