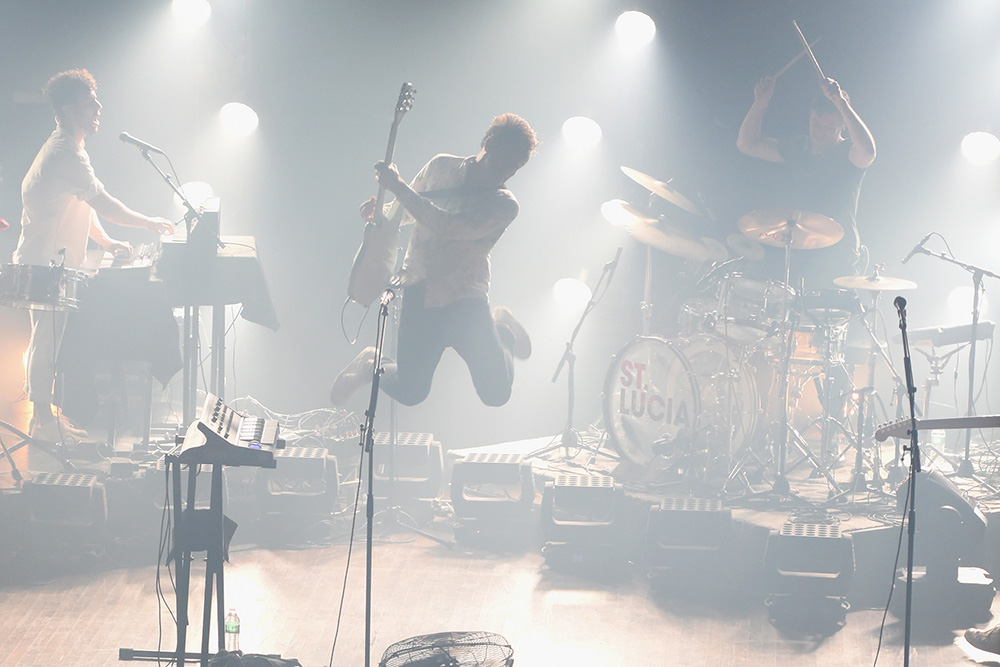 St. Lucia’s been largely quiet since releasing their debut album, When the Night, two years ago, but now the Brooklyn-based, South African synth-pop outfit is surging back with a euphoric new track, “Dancing on Glass.” The song, which premiered on Beats 1, boasts an addictive hook — an alluringly strange choir of synthesized angels  — and a euphoric, yet complexly jaded vocals, and live-in-the-moment lyrics. No word on when their sophomore album’s going to come out, or what it’s called, but you can stream the first track here.