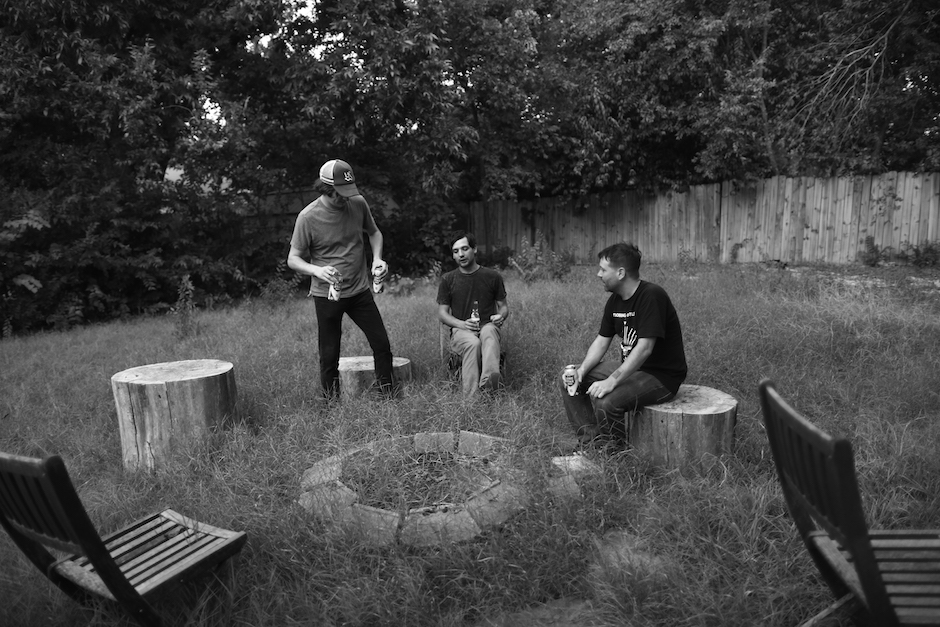 True to their name, Austin trio Spray Paint make a version of off-kilter noise punk that seems like it’s aided by aerosol dispersal. Guitar parts flow with the pent up energy of compressed air, expanding outward across jittery drum parts and eye-bugging vocal takes, leaving vapors both disorienting and toxic in even moderate doses. The band already spewed out one collection of combustible compositions in June called Punters on a Barge, but they’re already back with another on Friday called Dopers.

This time around, they’re leaning even further into the jittery crush that they’ve carved out since 2012, building anxious instrumentals like “Signal Master” out of caustically intersecting guitar lines and dead-eyed vocals about “drinking more, eating less.” Over at their label’s website, they describe the recording process as appropriately austere. “The studio we recorded at was surrounded by a harsh scene of bleakness, sadness, and homelessness,” they wrote. “Step outside for a cigarette and junkies basically swarm to beg coins, smokes, and things I won’t mention.” It’s this sort of seedy, unnerving environment that undercuts even Dopers most self-assured moments, resulting in a record that’s as desolate and confusing as it is ecstatic.

Listen to Dopers here, streaming in full in advance of its October 23 release on Monofonus Press.