This is what it sounds like when doves cry 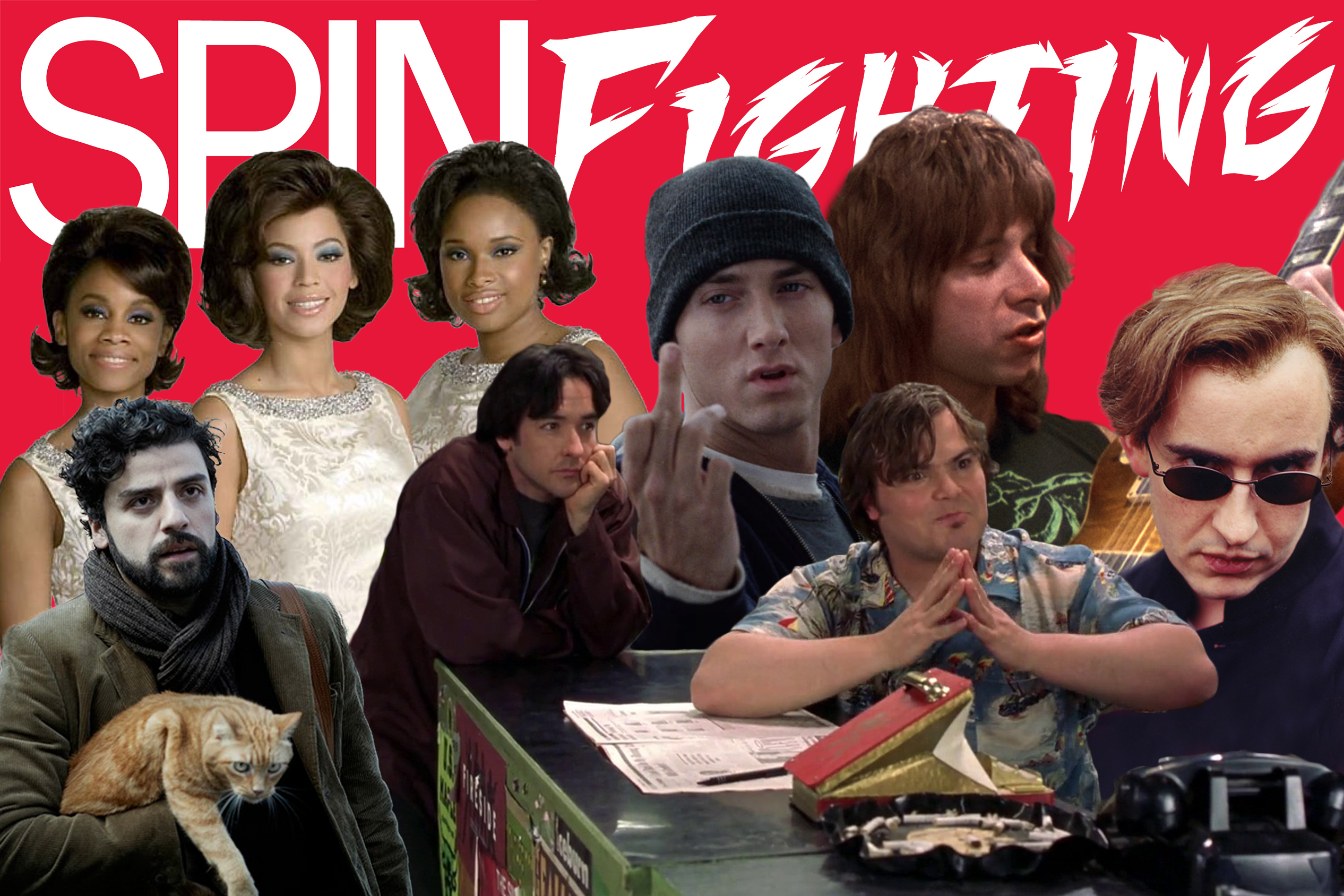 As the roundtable format has grown into an effectively direct way for a publication to think out loud for its readers’ perusal, we’re happy to present SPINfighting, a new column where the SPIN staff will debate about a new wrinkle in the musical landscape every week. This year has proven to be a shockingly bad one for music-based movies, such as Zac Efron’s dismal We Are Your Friends and this week’s all-time box office low Jem and the Holograms. So this week SPIN’s staff decided to stick up for what’s increasingly becoming the little guy, and asked ourselves what our favorite music-based movies are.

Andrew Unterberger: When Factory Records saga 24 Hour Party People came out in 2002, I was pretty sure the movie was explicitly created for my direct wish fulfillment. As a high school sophomore whose favorite band was New Order, to receive a movie that featured an entire scene (AN ENTIRE SCENE) keyed around how counter-productively expensive the “Blue Monday” cover art was to produce… it felt like too much to even comprehend. The fact that the movie also happened to be really, really good — darkly funny, cinematically inventive, and impressively loose-limbed for the normally rigid based-on-a-true-story format — meant that I basically spent the entirety of my junior and senior years replaying the DVD. OK, maybe I only watched it about a dozen times before getting kinda tired of it, but as Steve Coogan-as-Tony Wilson-quoting-John-Ford would say, print the legend.

Brennan Carley: Full disclosure: the first time I saw Dreamgirls, I choked on movie theater chicken tenders mid-“And I Am Telling You I’m Not Going,” so I already had tears in my eyes before Jennifer Hudson’s crowning glory note echoed around the room. Though people often only cite the former American Idol contestant’s tour de force as the movie’s only redeeming factor, they’re overlooking the wonderful Broadway actress Anika Noni Rose as Lorrell and Eddie Murphy’s almost Oscar-winning role as the slick-talking (and singing!) Jimmy Early. Narrative-wise, Dreamgirls flounders in presenting anything original, but as a glossy rehash of a “girl groups gone bad” tale, you can’t do better than Beyoncé as the group’s pin.

James Grebey: My pick for this week’s SPINfighting could just as easily been my choice for our last installment, because the real star of the Cohen Brothers’ folk music masterpiece is a cat. This possibly mystic feline is a thread running through the film’s explorations of Llewyn Davis troubles in a cold 1961 New York City and Oscar Isaac’s performance (and performances) really get to the heart of what the melancholy sadness that ties his genre of choice together. There’s an overcast, emotional heft to watching a gifted troubadour be his own worst enemy, and it makes for a powerful, moving film — that just happened to also include the delightful “Please Mr. Kennedy” as a bonus.

Rachel Brodsky: At 13 — my age when High Fidelity was released — I was in love with John Cusack as Rob Gordon, the commitment-phobic, hideously self-obsessed Chicago record store owner. Except Rob didn’t see himself that way. In his view, he was just “doomed to be left” by women whom he theorized would rather be sexing other men. It’s not like my romantic life was booming in the year 2000, so I could identify with the feeling of being picked last. (Plus, Rob and I both had a habit of soundtracking our misery with an endless supply of “sad bastard music.”)

But upon further inspection (and some maturing), I realized: What grown-ass man actually believes that you can forge a long-lasting connection via a mutual appreciation of “books, records, [and] films”? “These things matter,” he argues. “Call me shallow but it’s the fuckin’ truth.” And it gets worse: Over the course of the film, he obnoxiously romanticizes dating a musician just so he can get a mention in her liner notes. He only wants his most recent ex, Laura (Iben Hjejle), back because he can’t stand the thought of her in a relationship with a ponytailed yutz who listens to world music. Rob sucks. But that doesn’t mean it isn’t fun to watch him noodle around a perennially failing music establishment, snobbing on his (few) customers’ less-than-stellar tastes, and compulsively arranging Top Five lists.

Dan Weiss: Musicians aren’t supposed to make movies just because they’re famous, but they do anyway, also because they’re famous. Very, very rarely do they successfully bring one world to the other though, and 8 Mile managed to do what very few hip-hop movies attempted before it: bring the heated, anxious excitement of territorial battle-rapping to the big screen. Not only was Eminem a phenomenal wordsmith in his prime, but here we got to view his intense eyes, downcast demeanor and grayscale Michigan settings as the stressful catalysts for his thick-knotted art. The plot’s nothing new, it’s the visceral, off-the-cuff rapping that’d never been captured like this before. Shame on its (two!) accompanying soundtrack albums for failing to include the freestyles.

Colin Joyce: Po-faced biopics have their place, but music flicks always feel truer to life when they’re skewering the inherent absurdity of rock and roll celebrity. Almost Famous and High Fidelity also deserve props for their attempts at unpacking rock’s rampant manbaby problem, Christopher Guest’s 1984 mockumentary opus This Is Spinal Tap trumps them with both sheer ridiculousness and the pointedness with which it took aim at the industry’s onstage excesses. Dave Grohl called it the only documentary about rock and roll “worth watching,” implicitly suggesting that its ridiculous snafus — getting lost under the stage, accidentally crafting a several inch high Stonehenge, holding up airport security with a zucchini stuffed in an unmentionable location — and its characters’ self-seriousness are true to life. Steven Tyler, according to an interview in the pages of this very publication, didn’t think it was very funny. That’s really the only endorsement I need.