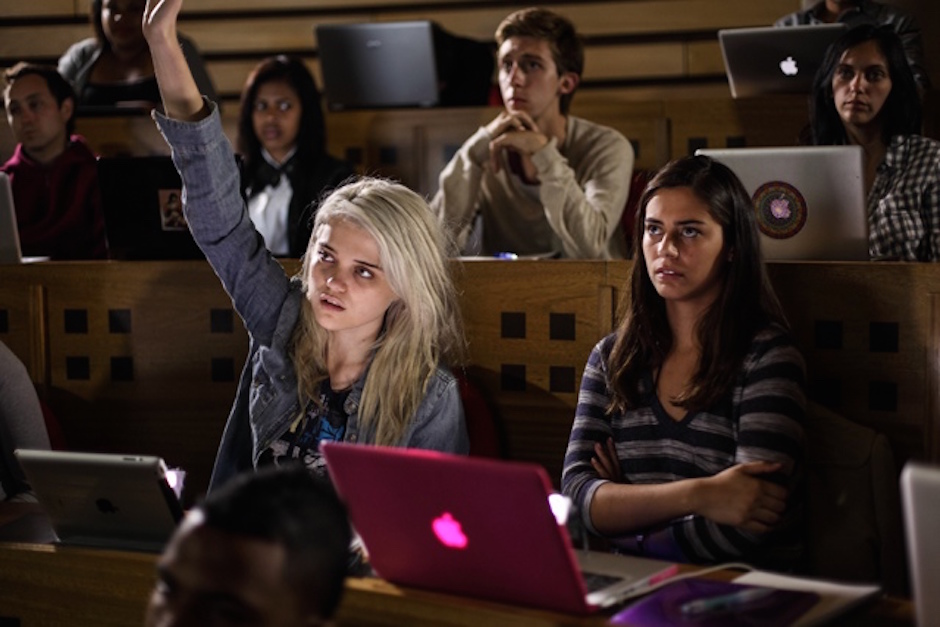 After two years spent in production limbo due to financial issues, The Green Inferno finally hits theaters this week. Directed by gore guru Eli Roth, the gut-gripping (literally) film explores ignorant American college kids — like those brutally humbled in Roth’s Hostel series — wishing to halt the domination of Third-World societies by unsympathetic developers in the Amazon. But instead of the expected ego boost that’d come from their humanitarian mission to Peru, the New York students are tortured, maimed, and eventually eaten by the cannibalistic tribe — one of which they were trying to save, natch.

Aside from the abundant limb-chopping, a lesson in vaginal mutilation, and the film’s other torture-porn tendencies, the most noteworthy aspect of Inferno is the cameo made by grunge-pop sensation Sky Ferreira.

Playing the weary best friend (Kaycee) of the main protagonist (Justine), Ferreira delivers fewer than thirty lines, but contributes a relatable, I-Don’t-Give-A-F**k twenty-something impersonation. Slip into the singer’s small role and read all her lines below, chronologically, but don’t forget to do so imagining a deadpan valley-girl accent, accompanied by plenty of eye-rolling and scoffing: