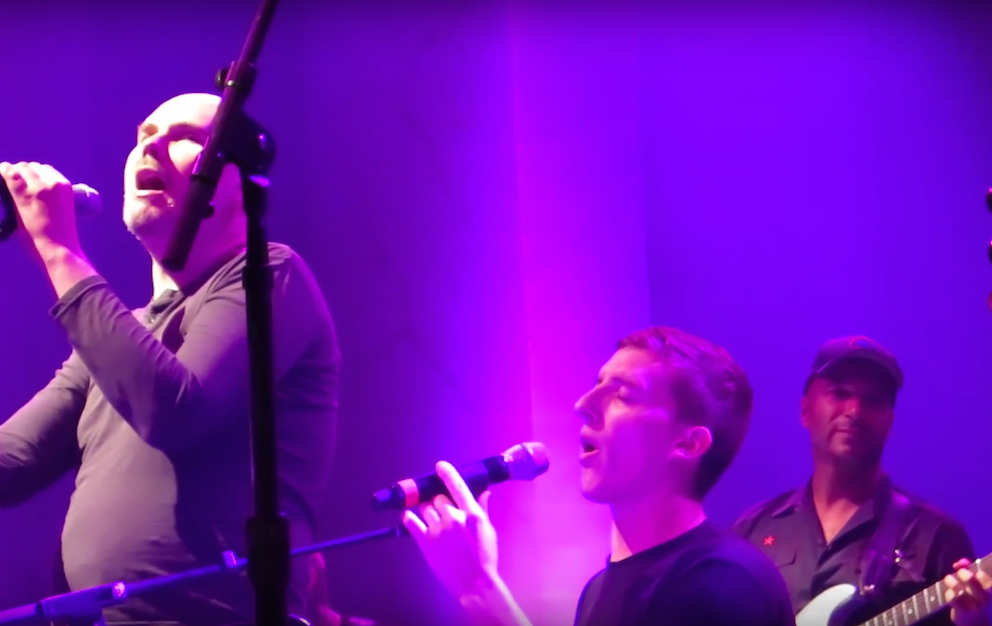 Billy Corgan might be on a break from Twitter to spend time with his other hobbies — namely wrestling and a website devoted to people and their motor vehicles — but last night, the Smashing Pumpkins frontman teamed up with Roger Waters and Rage Against the Machine’s Tom Morello, for a benefit performance of “Comfortably Numb” taken from, of course, Pink Floyd’s The Wall.

It went down at the Music Heals benefit concert last night in Washington, D.C. and featured assists from Tim Conley (an injured Marine who lost both his legs in an Afghanistan bombing), G.E. Smith, and the MusiCorps Wounded Warrior Band. Proceeds from the event supported MusiCorps, a non-profit founded to aid injured soldiers and their families. As Rolling Stone points out, Waters also played The Wall cut “When the Tigers Broke Free” live for the very first time.

The night ended with Corgan, Waters, Morello, and more covering Bob Dylan’s “Forever Young.” That and “Comfortably Numb” are both below.