“Younger,” Seinabo Sey’s first track — both chronologically and where it appears on her debut album, Pretend — was released almost two years ago, but it’s an apt mission statement for all of the Swedish singer’s music to come. Opening with a saturated keyboard riff that gradually builds to pure gospel highs, pitch-shifted R&B, and even what could pass for an EDM breakdown if it wasn’t built from soundtrack strings, the track refuses to be contained by one genre. Holding it all together, though, is the 25-year-old’s magnificent voice, and a palpable sense of urgency. “There is a light to all this darkness / If only we / Fight against them telling us how we should be,” she sings, before the warped refrain reminds us that we’re not “getting any younger… are you?”

Sey, who comes from both Swedish and Gambian heritage, has been working on her first full-length following two acclaimed EPs for almost three years, as she explained to SPIN this summer. The lengthy buildup might seem to go against the haunting “Younger” refrain, but the result is well worth the time she poured into it. Pretend turns out to be an enticing fusion of her wintry, pop-paradise homeland, and the West African musical roots she picked up from her father, the late Maudo Sey, all tempered with raw empathy; her masterful pop-soul captures depressive moments and makes them soar.

[articleembed id=”148374″ title=”Seinabo Sey's Upcoming Debut Is 'Burning a Hole in Her Soul'” image=”148484″ excerpt=”After three years of work and two critically acclaimed EPs to her name, Swedish soul-pop singer Seinabo Sey says she's been stressing about putting the finishing touches on her upcoming full-length debut, due in September”]

Pretend is at its most exciting and immediately successful when it gets funkier — when it’s willing to pile on unexpected instrumentation and play around with Sey’s powerful voice, like when she echoes it unto itself in the thumping, vibrant standout “Who.” The devil-may-care title track resonates over an eerie ghost-choir that vaguely — though almost certainly unintentionally — resembles the ‘90s X-Men cartoon theme. And the album reaches a thrilling peak with “Words,” which fills itself with intense strings that are topped by a frantically flowing cascade of piano plinks and Afropop drums. “Somebody should’ve told me / Darkness is key,” she sings with steely resolve. 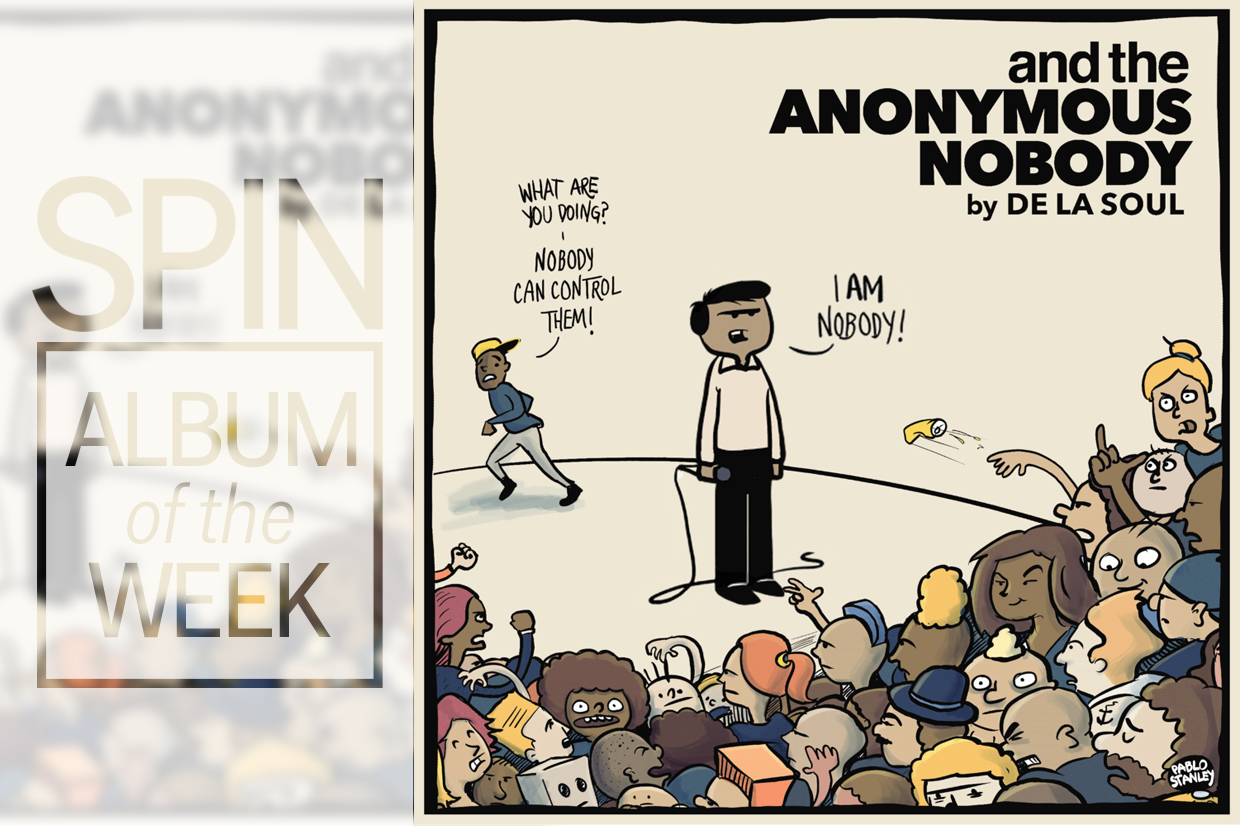 It’s not really fair to compare the buoyant standouts to the less flashy numbers, where Sey’s classic yet adaptable voice (and pathos) shine just as brightly. “Sorry” is a remorseful number delivered with chewy gravitas befitting a Bond theme, while the minimalist “You” is desperate and loving in the vein of late-period Michael Jackson: “We might need to speak the truth / All the lies are feeling used / I assure you nothing good will come / If we keep on marching to this drum.” The closing “Burial” is Sey’s most directly personal tune, an introspective response to the death of her father in 2013. A somber, poetic reflection on deep personal loss, the song’s universal ache shares her lows and commiserations with the listener. Whether she’s singing to a foggy, neon-lit dance floor or upwards to the heavens, Sey’s presence and voice reaches her audience — feeling for them as they feel for her.

Album of the Week, Seinabo Sey