Review: Beach House Pull Their Weightless Compositions Back to Earth on ‘Thank Your Lucky Stars’ 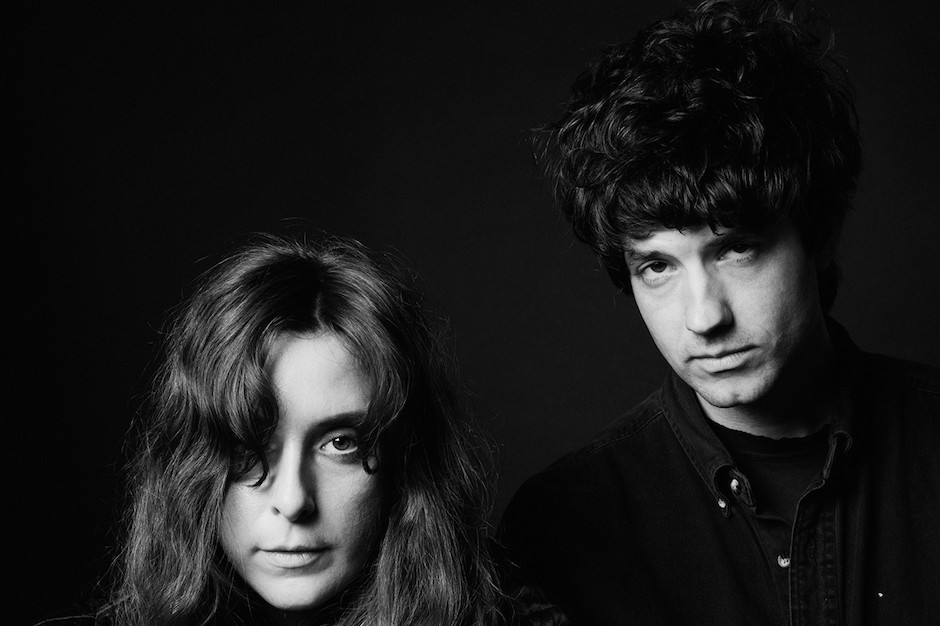 When we last left Beach House, less than two months ago ago, principal members Victoria Legrand and Alex Scally were reaffirming their status as masters of frayed ends and hazy outlines. They blasted Depression Cherry into interstellar overdrive and beautiful rewind, crafting a collection of motion-blurred ballads with few handholds to latch onto in the disorienting squalls of organ. It was a release that was satisfied in its own confusion, the natural soundtrack to a whiskey-soaked midnight, lying on the floor and coming undone while you contemplate the weight of all the moments that got you there. Fortunately, the duo has returned just over a month later with a more candlelit collection of songs as a salve, a sweeter, lighter release that actually feels like release — a pairing more appropriate for last call than the muddled crises of the wee morning hours.

To wit, Scally opens the album’s first track, “Majorette,” with a fuzzy I-V-ii-IV guitar line straight out of Semisonic’s 1998 hit “Closing Time,” as good a sign as any that the emotions contained in this effort are going to be a little more earthbound. Legrand, for her part, refrains from launching into the the reverb-aided language manipulations of Depression Cherry and the band’s other recent works. “Majorette” — and most of the tracks that follow — still rely on the melismatic mist of vowels she strings together as one of its main emotional tactics. But those clouds eventually part for cutting barbs and subtle proclamations. She sings of common girls, strangers taking pills and filling the streets, describes a “lovely” unnamed “she.” The protagonists of these songs have faces; even if they’re still veiled by physical and emotional distance, it’s good to see a band so comforted by sonic obfuscation to peel back just a few of the layers. There’s a skeleton under the gauze, one that offers solace and consolation in spite of its angularity and sparseness.

It’s an approach that’s mirrored in Thank Your Lucky Stars’ comparatively unraveled arrangements. Where Depression Cherry and 2012’s Bloom both aimed skyward, with slide lines from Scally that soared like skywriting and thick organ thunderclaps courtesy of Legrand — this new LP finds the pair stepping back to the brittle arrangements of their first few records. They’re still recording on more luxe gear than they were while making the shattered love songs of 2006’s Beach House and 2008’s Devotion, but the material here hews closer to those comfortingly terrestrial recordings than the weightless exercises they’ve indulged in as of late. Look even to the barest titles that marked these two most recent full-lengths: Depression Cherry had “Space Song,” Thank Your Lucky Stars has instead “Rough Song.” They’re pulling back from the cosmic to the earthly, and big statements of overwhelming bombast — heat baths of reverb and honeyed emoting — have been boiled down to just the relatable drone of a single keyboard part and Legrand’s weary vocals.

Nowhere is that approach more evident (and more effective) than on “Elegy to the Void,” which takes the simmer of its organ arpeggios to its simplest extreme, making worldly mantras out of futurist impulses, mundane interlocking parts turned ecstatic through sheer lilting repetition. It’s something like the move Slowdive made from 1993’s Souvlaki to 1995’s Pygmalion, pulling space stations crashing back down to the ground, but these songs are even more clear-headed than such an analogy implies. Beach House’s releases to date have come fogged by intoxicant, nostalgia, and hypoxia, but Thank Your Lucky Stars does what their work has begged for all along and wipes the dew from their rearview mirror. You’re going to like what you see.