It's called "Por qué sufren los ninos?," or "Why do children suffer?" 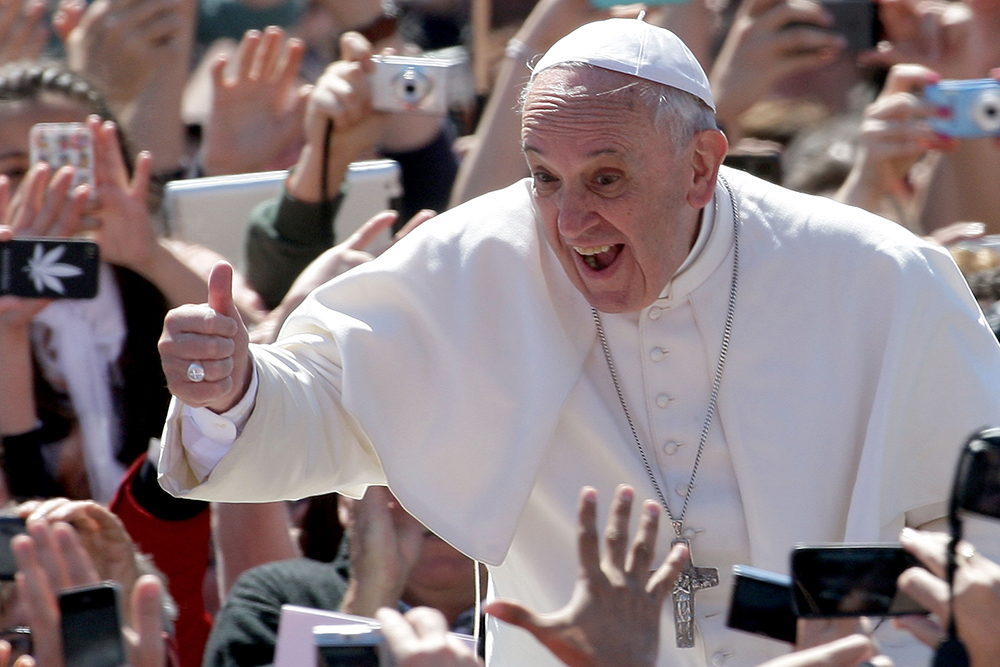 Pope Francis: It’s super cool that you’re releasing an album, and the first track was a legit banger, but the follow-up is kind of a bummer. “Por qué sufren los ninos?,” which translates to “Why do children suffer?,” seems like you’re trying to out-sad Sufjan Stevens. We guess it’s neat that you sampled a speech you gave in St. Thomas University in the Philippines, along with the Latin hymn, “Jesu Dulcis Memoria” performed by Italian artist Anna Tosato, but there’s just no spark. It’s no “Hotline Bling,” is what we’re saying. You know who knows how to write some righteous music? Justin Bieber. You guys should talk — you both need each other.