We won't argue with that 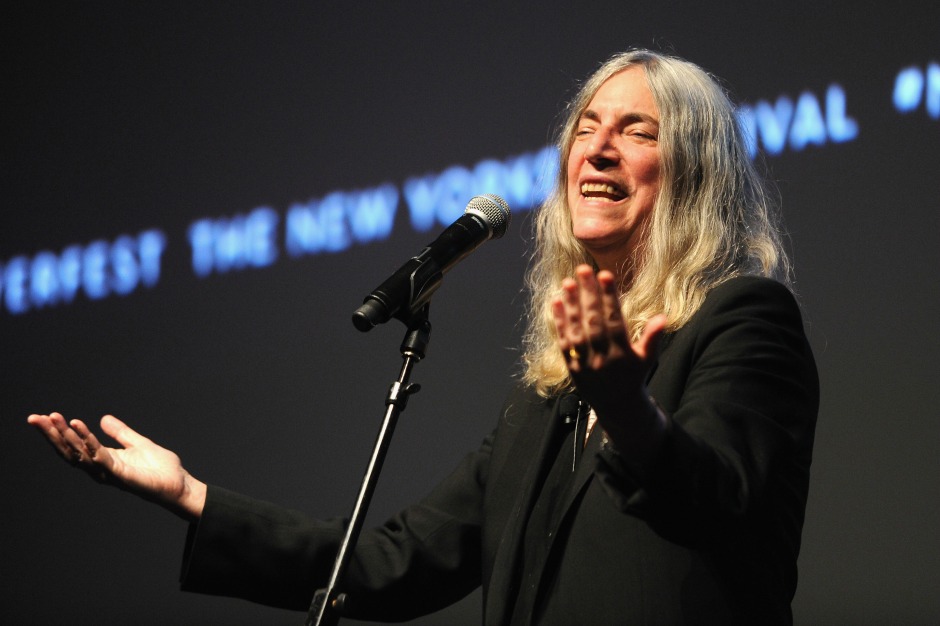 Boston Mayor Marty Walsh has publicly declared October 10 as Patti Smith Day, a decree that comes just in time for the release of Smith’s new memoir, M Train. The decree is also in anticipation of Smith’s Saturday appearance at the Back Bay Events Center, where she’ll discuss and sign copies of her follow-up to 2010’s Just Kids.

“When Patti Smith emerged on the American art scene in the mid-1970s, she defined a new breed of artist through her mystical poems and urgent rock and roll,” the proclamation says. “Ms. Smith captivated audiences yearning for intellectual and emotional challenges in popular art, choosing ambiguity and raw emotion over the traditional stereotypes of women in rock music.” 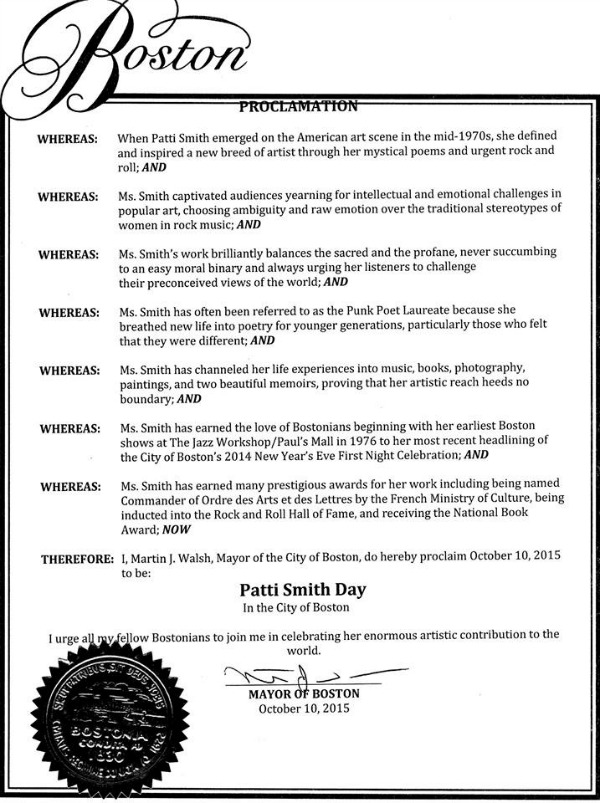