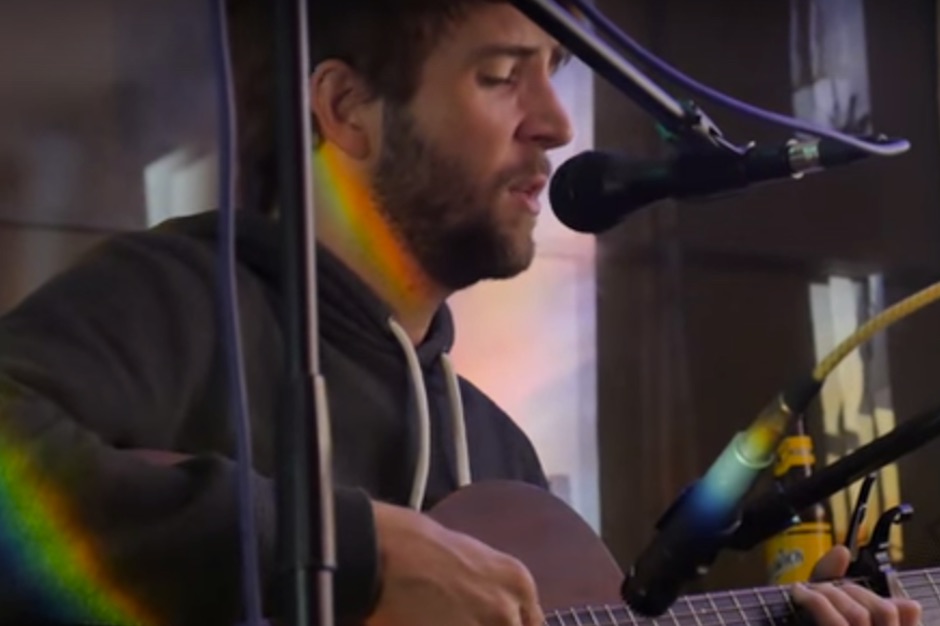 Sunday night, Brooklyn-based boutique label Orchid Tapes held an intimate CMJ showcase where songwriter Owen Pallett, played material from his band Les Mouches, who just reissued their album You’re Worth More To Me Than 1,000 Christians on the label.

At one point he was joined by Foxes in Fiction, the recording project of Orchid Tapes co-founder Warren Hildebrand (whose album Ontario Gothic featured strings by Pallett), to play a stripped-down version of “(They Long to Be) Close to You,” written by Hal David and Burt Bacharach and made famous by the Carpenters. The pair delivered a chilling acoustic rendition, marked by Pallett’s dulcet fingerpicking and Hildebrand’s ambient swells and scratches on an electric guitar.

Watch their performance below.