It’s late August when Nick Jonas releases “Levels,” the lead single from his upcoming, as-yet-untitled new album. Though the former JoBro only just released his self-titled solo debut the previous November — an album that yielded the hit single “Jealous” — “Levels” made it immediately clear that this time, the 23-year-old is already swinging harder and left-of-center, taking a harder turn towards R&B.

“I really had only taken two outside songs on this record, and ‘Levels’ is one of those,” Jonas says over the phone of his studio process for LP No. 2. “I was playing a bunch of songs for the Monsters and the Strangerz, and they were like, ‘Hey, we just want to play you a song that might fit in perfectly with this.’ They played me ‘Levels.’ I flipped out and was like, ‘You gotta give it to me now.’ A week later I recorded it.”

Every layer of “Levels” — produced and written by the Monsters and the Strangerz — is immaculately crafted, its verses scrubbed of excess fat, its synthesized drum pops unfurling in slow-motion as a vocoded figure shouts the phrase “rooftop” over and over. With its neatly recorded vocals that scrape the highest octaves of Jonas’ range, it’s one of the best of its breed this year.

With a cross-country tour, his starring turn in the MMA drama Kingdom, and a guest-spot on Ryan Murphy’s campy Fox series Scream Queens, the singer knew he’d have to be smart about clocking recording sessions, so he started work on his new album — due early next year — the week that Nick Jonas came out. “I went to the studio and just wanted to write,” he says. “There was nothing about it from a business perspective, which is key for me. I got to a place where I just said, ‘F**k it, I love what I do and I know that there’s music that I can create that will connect with people.’ Those songs really helped define the sound of the record and where I wanted to see this thing go.” 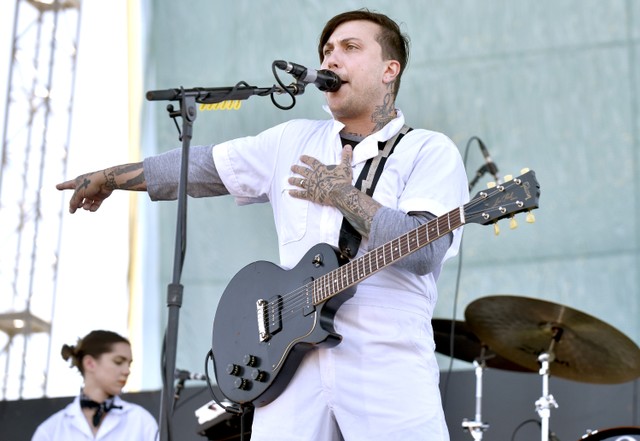 Nick Jonas burst free of the Jonas Brothers’ soft pop shackles in favor of neatly composed melodies (like the gospel version of “Jealous”) and clever narratives about intimacy (the retro dance jam “Teacher”) and isolation (the icy “Numb”). Though there were hints of R&B and hip-hop instrumentation on that album, Jonas says a lot of his new material goes further in that direction. “I think it can be really limiting to walk in and dictate exactly what you want it to sound like,” he says, noting that he’d been inspired by much of Future and Drake’s 2015 output — the latter of whom he’s trying to score for a collaboration — while writing and recording tracks like the wispily Auto-Tuned “Area Code.”

It’s one of the most revealing songs he’s ever released, with bars that appear to reference one of his famous ex-girlfriends, Selena Gomez, and her slow-burning single “Good For You.” (“Every time I have a drink or two / Get it bad for you / And I don’t know why I do it but I do / Yeah, all this liquor bringing out the truth.”)

“I like throwing things in that challenge people’s thinking, and in some cases make the verses and the song more intriguing to them,” he says, referring to Twitter speculation about his lyrics. “If that’s referencing my real life and things that I’m deeply connected to, it’s only gonna make their interest more real.”

To keep his new album lyrically in line with his last, Jonas rang up Jason Evigan — who wrote and produced the first Nick Jonas single, “Chains” — for recording sessions, as well as Simon Wilcox and Nolan “Sir Nolan” Lambroza, both of whom assisted on “Jealous.” That’s not to say Jonas is keeping his creative process entirely the same this go-around, though: In late August, he tweeted about getting in the studio with Purity Ring’s Corin Roddick.

“I fell in love with their last record when I was shooting a movie in Cincinnati earlier this year,” he says of the broody electro-pop duo. “I had about a 30-minute drive to set everyday and I would play that record on repeat. We found a time in L.A. and wrote this song. It was a learning experience for both of us in a way. It’s one of the least expected collaborations in the world.”

Roddick says his time with Jonas in the studio was totally fruitful. “We laid down the groundwork for a new song based on a chord progression and synth melody that I had previously written,” he says. “I’m really happy with how it turned out but I’m still working on it. Nick is an incredibly talented songwriter and has a great voice. He’s definitely trying to create his own original sound instead of just banking off of what’s currently popular, and that’s going to take him far.”

Jonas also scored studio time with pop’s go-to hitmaker, Max Martin, for a sultry, cliche-flipping song called “Under You” (sample lyrics: “So I’ll never get over / Getting under you”) that he’s been testing out live recently. “It’s a different way of saying something that’s an age old topic,” he says. “In the middle of making this record, I had a breakup that I drew a lot of inspiration from… I got to work with Max Martin and his team on ‘Under You.’ We already shot a video for it that I’m incredibly anxious for people to see because there’s a really incredible guest star who just absolutely killed it. She looks amazing and had a huge acting role in this video.”

The night after we talk, I see Jonas perform “Levels” live for the Tidal X: 1020 show in Brooklyn. Though the bill is loaded with heavy hitters like Beyoncé, Jay Z, Nicki Minaj, and Usher, Jonas is the first performer to actually get the entire arena up and dancing. A Drake feature might not seem so farfetched anymore.