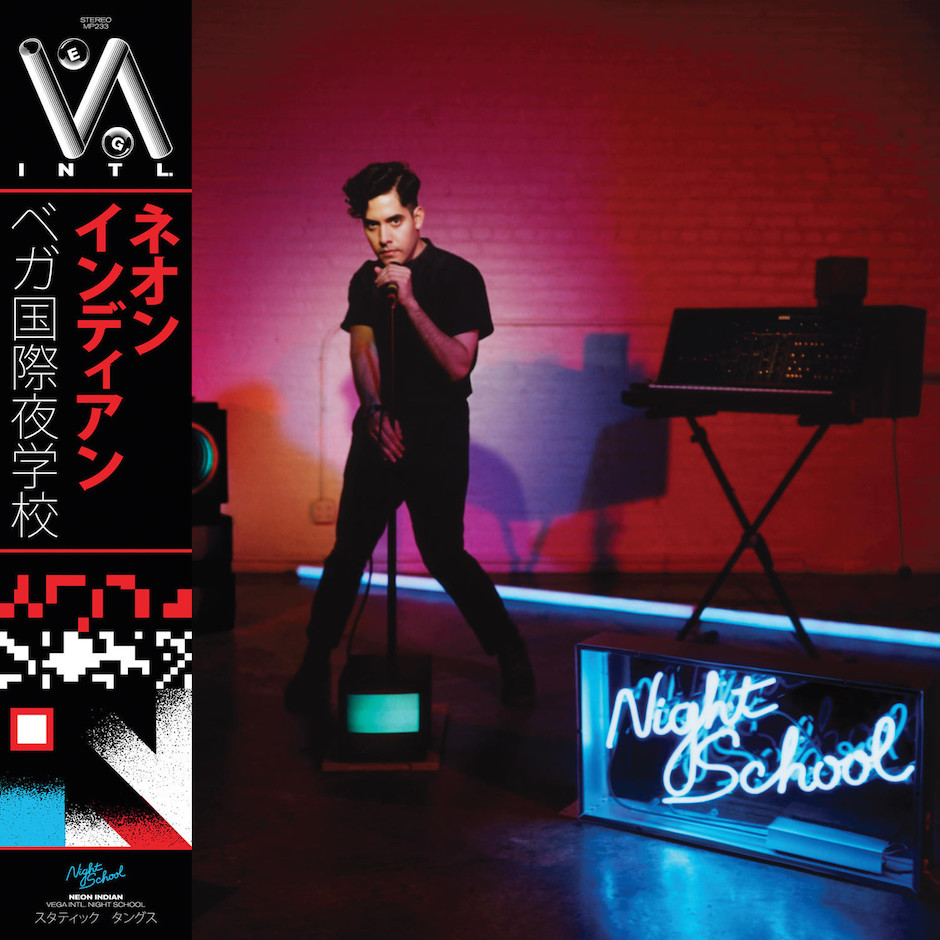 After losing all the demos for his third LP under the Neon Indian name, Alan Palomo took some time off. He wrote a film, scored some more, and slowly took his time crafting what’d end up becoming Vega Intl. Night School — a widescreen record that bears the hallmarks of his time spent working with celluloid. It’s a vision of the night as drably lit as Blade Runner and as starkly emotive as Chungking Express, a swooning thing that deserves your rapt attention. The record’s out in full on Friday, October 16, but it’s streaming today on NPR. Listen here.