Mark Kozelek Meets His Match in the ‘Ottawa Sun,’ Which Wrote a Diss Track About Him

The newspaper responded to the singer-songwriter's song, "The Ottawa Blues Fest Is Run By Inbreds" 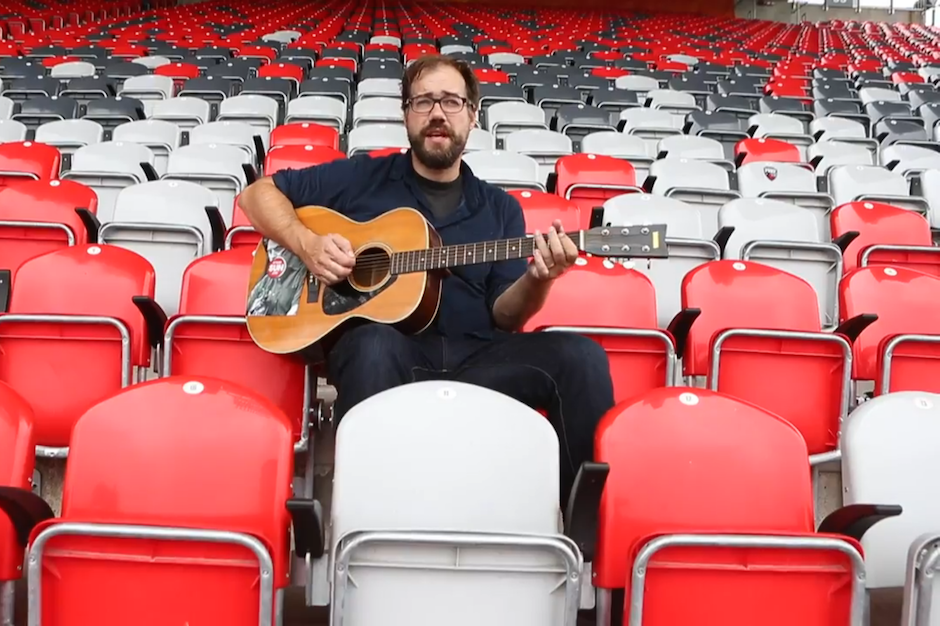 The Ottawa Sun will not take Sun Kil Moon mastermind Mark Kozelek’s latest diss track, “The Ottawa Blues Fest Is Run by Inbreds,” sitting down — even as newspaper writer Aedan Helman does, in fact, sit down.

In response to the singer-songwriter’s complaints in verse about the festival’s “disorganized promoters” and subsequent canceled set, Helman wrote a diss track back, “über-cool webzine” Stereogum reports. “Mark Kozelek’s career died today of natural causes,” he writes in the article. “Now, dear reader, please forgive the obscure reference, as only the most devoted fan of indie-folk shoegazers Sun Kil Moon would recognize the name of the band’s caustic frontman.” Listen to the untitled song, and read the full list of lyrics over at the Ottawa Sun.