Out Friday October 30 on Bayonet Records 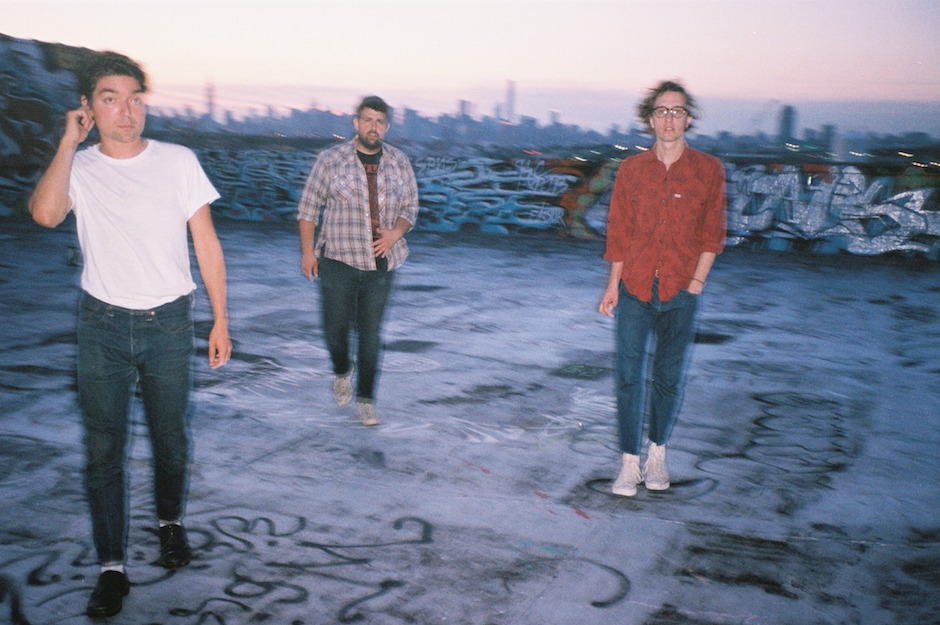 If your only exposure to Beach Fossils has been in the delicate ebb-and-flow of their studio recordings, you may not be privy to the knowledge that frontman Dustin Payseur is (secretly) one of New York’s best punk songwriters. Live, Payseur and Co. crank the speed on the tapedeck to careening extremes, blowing all the dust off songs like “Twelve Roses” inspiring sweaty mosh pits and bleary messes of flailing limbs. These impulses also drive Laced, a new-ish band (they’ve been playing around New York for a while) that features Payseur alongside Ryan Naideau — who also plays in Nude Beach and New York hardcore supergroup-of-sorts Warthog — and Couple Skate Records founder Ian Judd.

They’ve already shared a single “Clear” that marries the winding winds of Beach Fossils’ blustery guitarwork to the decades of noxious hardcore — which has always ruled Payseur’s record collection and which he’s occasionally played with another project called Divorce Money. Today, they’re emerging with their full self-titled debut EP, recorded by Mac DeMarco at his home in the Rockaways, which demonstrates this curdled side and others, covering the full spectrum of post-punk’s vast expanses across its four tracks. There’s dead-eyed gang vocals on “Infinity Chain,” gentle pinging leads on “Tabloid,” abstract anxiety on “Coexist,” all gentle tangents to a wonderfully tense whole. You’ll want to listen right here.

Laced is out in full tomorrow, October 30, on Bayonet Records — which is run by Payseur and his wife Katie Garcia.

Beach Fossils – “Down the Line”