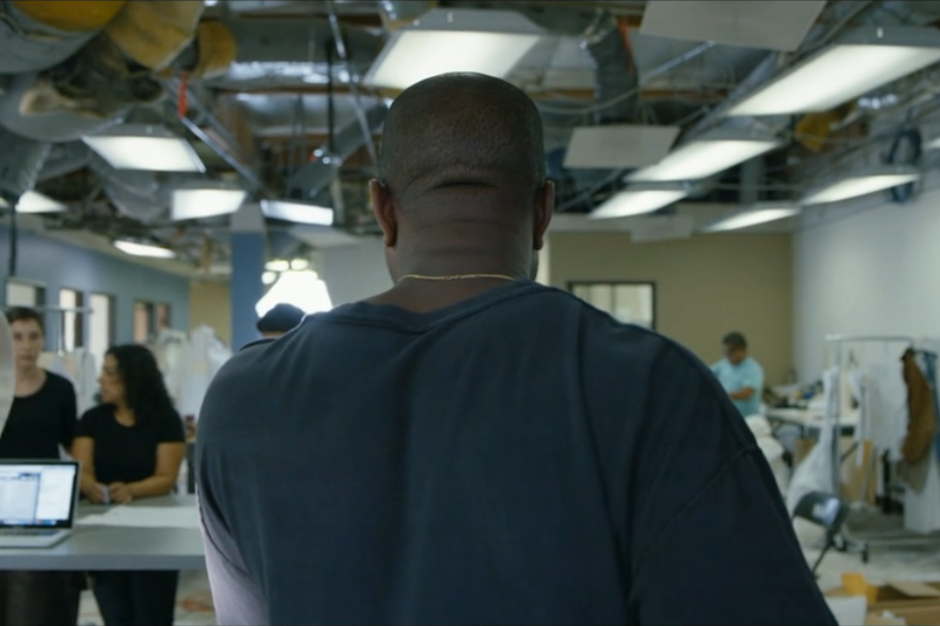 “THIS DOCUMENTATION HAS NO SOUND” broadcasts the opening frame of Kanye West’s new film documenting the creation of his recently New York Fashion Week-debuted clothing line, Yeezy Season 2. No kidding: The video, currently streamable on Kanye’s website, would best be described as an “ambient visual,” passively capturing the nuts and bolts behind Yeezus Chic, with no audio track whatsoever. Sewing machines sew, washing machines wash, models model. Kanye shows up a handful of times.

It’s kind of beautiful in a coolly mechanical, “All Is Full of Love” sort of way. It is definitely not a substitute for new Kanye music. Watch it here.