Though he's quick to note that the project is not done, per se 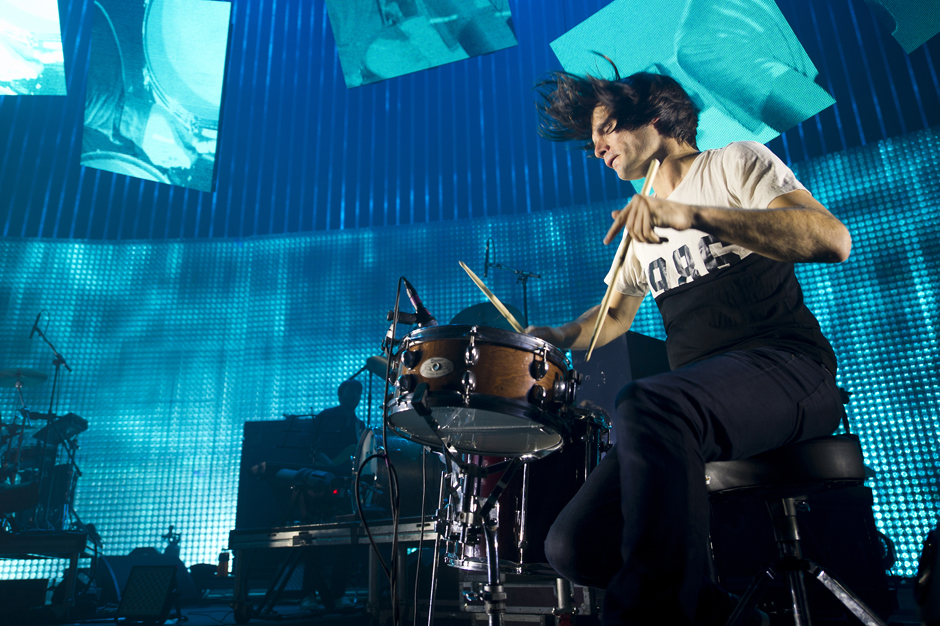 From the outside, Paul Thomas Anderson's new film Junun seems like...
MORE >>

Update: Jonny Greenwood says that the reports that recording has finished were the result of “mistranslation.” He clarified in a tweet saying that “lots has been recorded, and [they’re] about to go through it all o see if it’s any good. And we HOPE to tour next year: no plans confirmed yet.” Check out his tweets below.

Lo and behold, after months of speculation, foreign interviews, and half-confirmed reports, Jonny Greenwood has said in a new interview that Radiohead’s finished recording their new album. During a Russian radio interview, Greenwood said — according to a loose translation — that the recording process was finished, but implied that there may be more behind-the-scenes production and tinkering involved in the project before the world gets to hear it. The 43-year-old also said the band hoped to tour next year in support of the album.

Whenever it arrives, the new Radiohead will be the band’s first since 2011’s The King of Limbs.

@coslive nice mistranslation going on….what I actually said: lots has been recorded, and we’re about to go through it all….

@coslive …to see if it’s any good. And we HOPE to tour next year: no plans confirmed yet. Sorry for the over enthusiastic translator….:/ — Jonny Greenwood (@JnnyG) October 15, 2015

@coslive no IT ain’t finished take responsibility for your writing and check your facts occasionally .. alright Jonny?😑@JnnyG