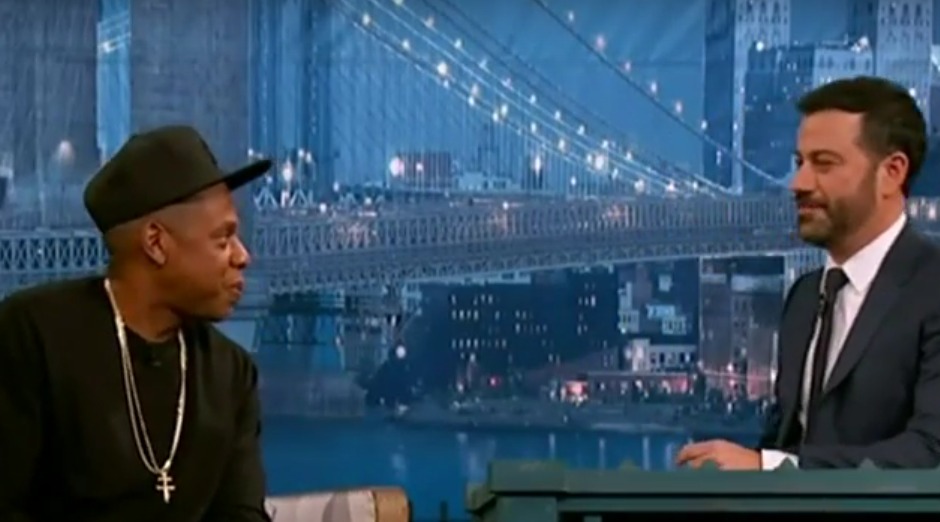 Jay Z spent last night entertaining the masses at his star-studded Tidal concert at Barclays Center in Brooklyn, but before that he stopped by Jimmy Kimmel Live to give an interview and perform “Empire State of Mind.”

During his chat with Kimmel, Jay talked about Tidal’s advantages as a streaming service, what kind of pizza his wife Beyoncé likes (extra sauce and jalapeños), and his first TV appearance, among other things. Also, in a generous Oprah-like gesture, he gave the entire Kimmel audience free tickets to the Barclays show. Check out Jay’s interview and performance below.